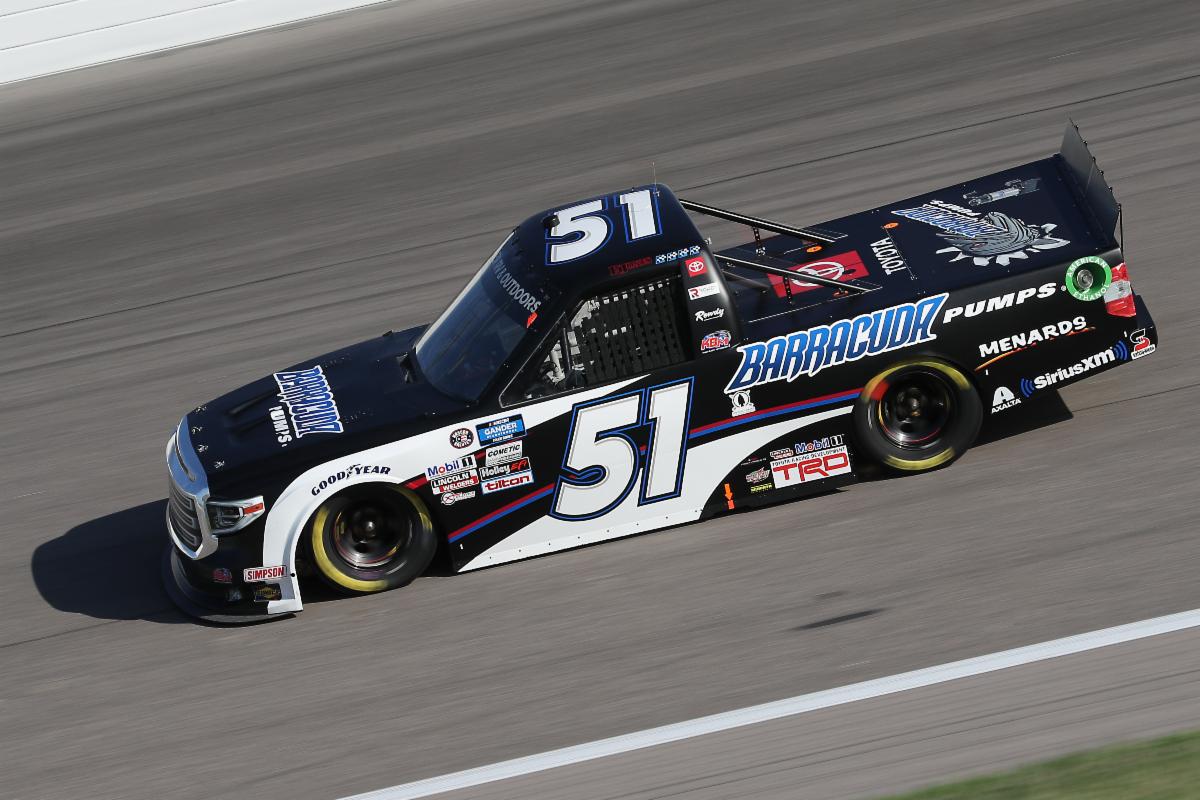 Brandon Jones battled a loose-handling Barracuda Pumps® Tundra to a 14th-place finish in the first race of a doubleheader weekend at Kansas Speedway. With a 15-truck invert based on tonight’s results for tomorrow’s event, the No. 51 Delta® Faucets team will line up second for tomorrow’s 134-lap event at 1:30 p.m. ET.

The No. 51 team fell to second in the NASCAR Gander RV & Outdoors Series standings. After nine races, including four wins, the No. 51 team trails the No. 16 team by four tallies.

Jones will be back behind the wheel of the No. 51 Delta® Faucets Tundra when the NASCAR Gander RV & Outdoors Truck Series resumes action tomorrow, July 25, at Kansas Speedway for the second race of an unprecedented doubleheader event. Live coverage of tomorrow’s race begins at 1:30 p.m. ET on FS1, Motor Racing Network and SiriusXM. Based on a 15-truck inversion from tonight’s results, Jones will start second in tomorrow’s event.