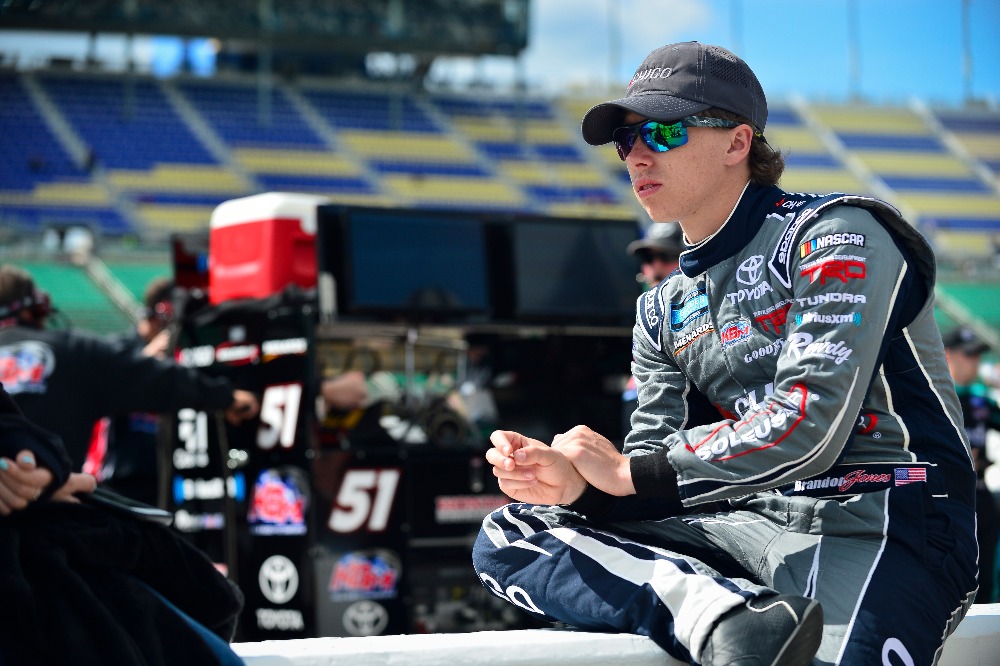 You’re coming off your best finish this season in the trucks, how does that affect your momentum going into Kentucky?

“Yeah, I think after we ran Chicago and had an extremely strong run, led a lot of laps in that race, that gives a lot of confidence heading into Kentucky. We also have Soleus Air on the [Tundra] and I think that’s going to be a hometown track for those guys, so I’m looking forward to getting there. I’ve actually got an excellent memory from Kentucky – I finished second to Christopher Bell whenever he was with KBM with the same team, so it’ll be fun.

“I think what’s unique about Kentucky is that there’s two different corners, somewhat similar to maybe a Texas, which they ran at very well. I think that’s what makes it really unique — [turns] three and four has a lot less banking than [turns] one and two does. They’re also going to have some compound down on the track, so maybe that’s going to allow us to move around some and start using that second groove.”

KBM-047: The No. 51 Soleus Air/Menards team will unload chassis KBM-047. This chassis was last piloted to the victory by owner-driver Kyle Busch in March at Las Vegas Motor Speedway. In total, the chassis has nine starts, with one win.