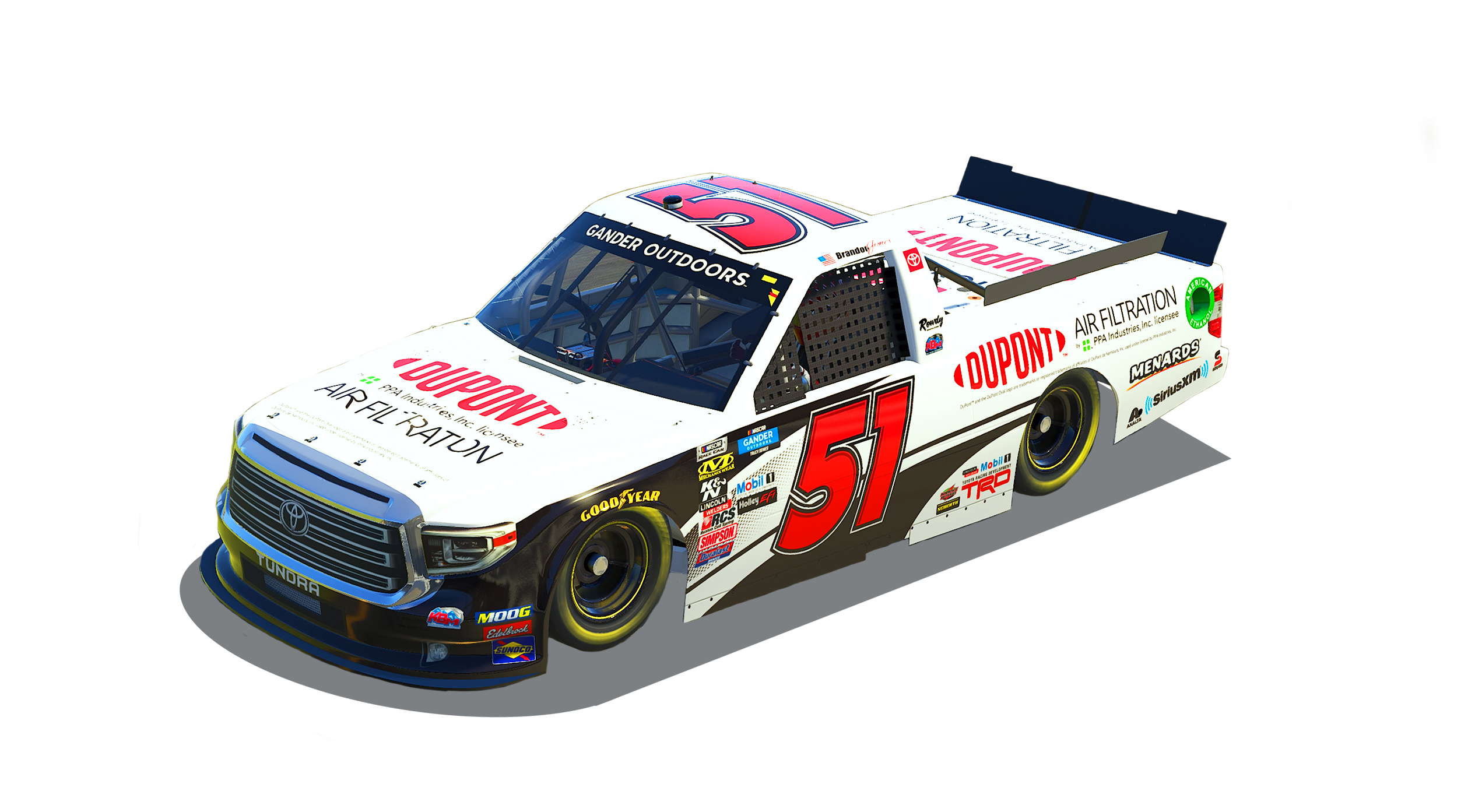 DuPont (NYSE: DD) has been bringing world-class science and engineering to the global marketplace in the form of innovative products, materials, and services since 1802. The company believes that by collaborating with customers, governments, NGOs, and thought leaders, it can help find solutions to such global challenges as providing enough healthy food for people everywhere, decreasing dependence on fossil fuels, and protecting life and the environment. The DuPont Oval Logo, DuPont™ are trademarks or registered trademarks of E. I. du Pont de Nemours and Company and are used under license by PPA Industries, Inc.

“We’re headed into what will be my last Truck Series race this season with KBM at ISM Raceway. For a long time now, I have been wanting to check off a win in the Truck Series, and I think this is our opportunity to do so. After having so much speed in our last race together, I don’t see any reason why our No. 51 team wouldn’t be in contention in Phoenix. Rudy Fugle is a very talented crew chief and I’m confident that he’ll bring another strong piece for us this weekend. Likewise, I think the Truck race will be key in my preparation for Saturday’s XFINITY race — allowing for me to get in some extra laps and get a better handle on the track. We have Menards back on board with a new hood partner in DuPont Air Filtration, so I’m looking forward to having a strong showing for them in our Toyota Tundra.”

KBM-058: The No. 51 DuPont Air Filtration/Menards team will unload chassis KBM-058 which is brand new this year. Owner-driver Kyle Busch piloted it to Victory Lane at Charlotte Motor Speedway earlier this season, then Christian Eckes raced it at both Pocono Raceway and Las Vegas Motor Speedway, finishing in the top-five both times.