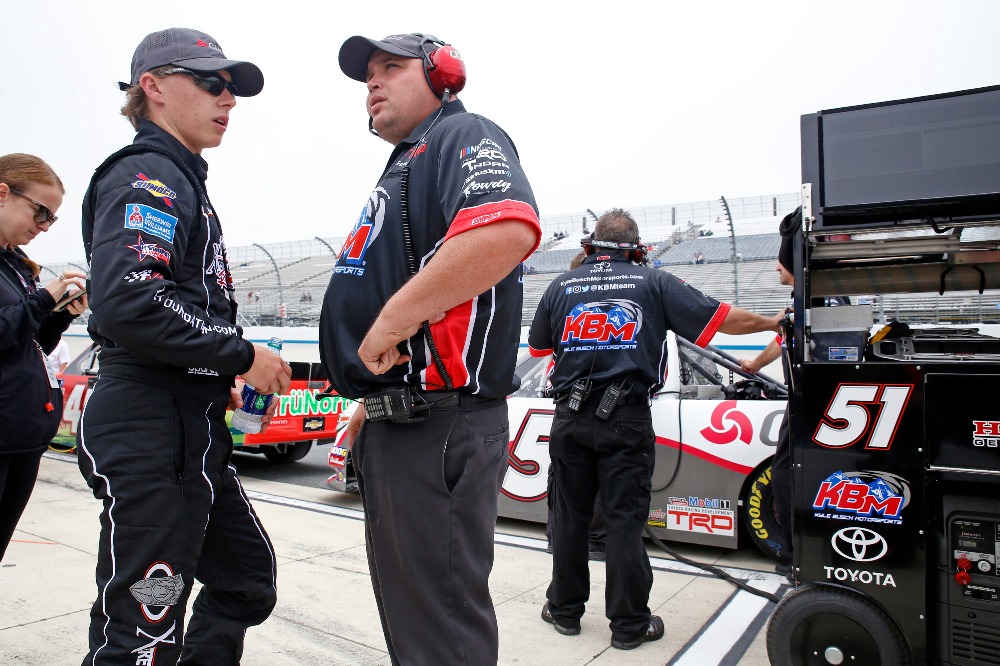 What are you looking forward to heading into Kansas this weekend?

“After getting back into the swing of things in Dover, I’m looking forward to racing at a mile and a half track. The intermediate racing seems to fit my driving style, and to know that I’m going there in a KBM Tundra is an extra boost of confidence. Kansas typically becomes a multi-groove track in the race, so I’m expecting a lot of passing and good, competitive racing this weekend. The Truck Series races are shorter than the XFINITY races that I’ve gotten accustomed to over the last few years, so it’s really important to come out the gate strong and keep up the momentum the entire race. I’m looking forward to another solid run in our Chigo Tundra and racing for the win in Kansas.”

KBM-055: The No. 51 Chigo / Menards team has prepared chassis KBM-055 for Friday’s Digital Ally 250 at Kansas Speedway. This chassis has three outings with two wins, both this season with owner-driver Kyle Busch behind the wheel, at Atlanta and Texas.