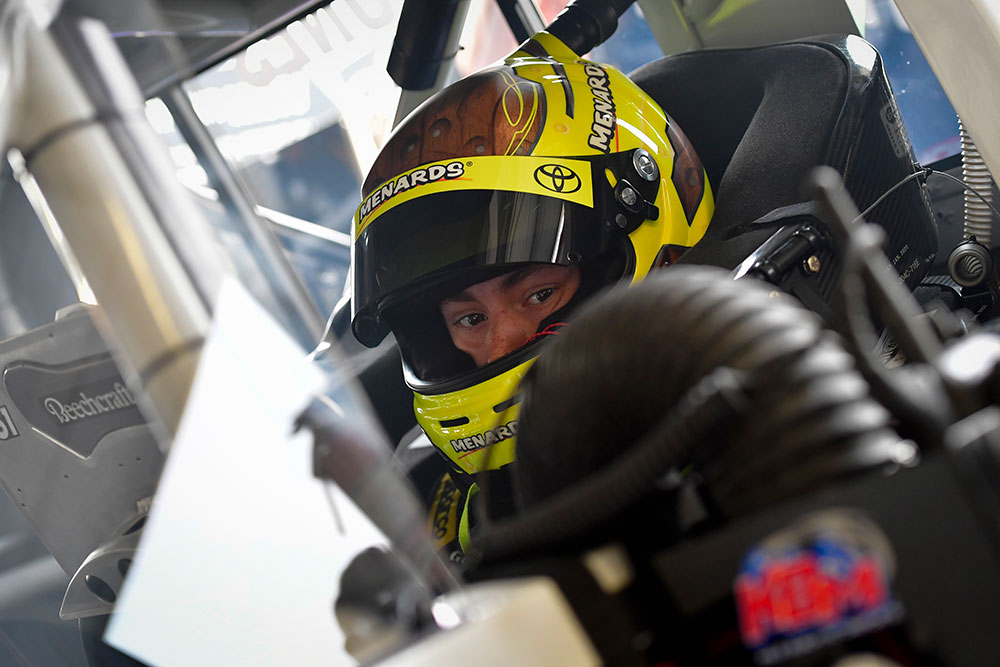 How did your first race with KBM go at Kansas last week?

“My first race here at KBM — being that it was my first time working with them — was awesome. Got another top 10 to knock off for this year — I thought that was pretty good. I thought we could’ve been a little bit better as far as our race position at the end, but all in all it was a very smooth day. It was fun to get back in the Truck Series and it was fun to race one of KBM’s trucks.”

Are there similarities between Kansas and Charlotte?

“Yes and no. Kansas and Charlotte, obviously both being mile-and-a-halves, I thought there was a little bit of similarity there with the throttle inputs, but I think Charlotte is getting so rough with it being weathered so much that there are a lot more bumps and lot more things to miss at Charlotte as far as on your lines and things like that. As far as that goes they’re a little bit different, but I think our on-throttle times are going to be similar.”

KBM-044: The No. 46 Mobil 1 team will race KBM-044, for Friday’s North Carolina Education Lottery 200 at Charlotte Motor Speedway. The Tundra finished fifth in its most recent outing with Todd Gilliland at Martinsville (Va.) Speedway last October. Owner-driver Kyle Busch piloted the truck to a victory at Kansas Speedway last May.