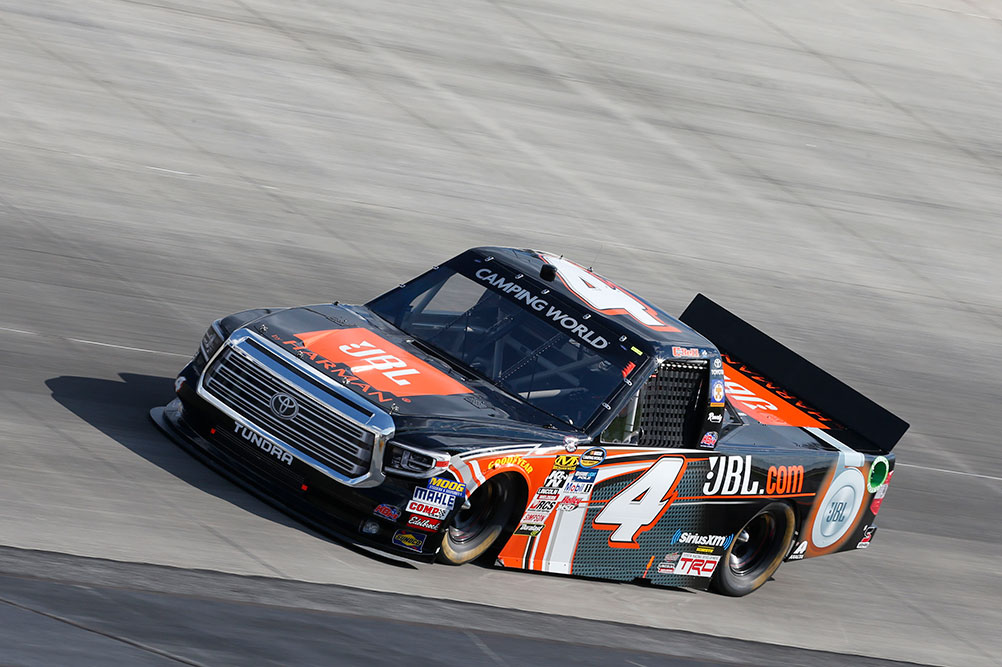 Christopher Bell started from the third position in Friday’s Bar Harbor 200 at Dover (Del.) International Speedway and was running in the same spot when a four-truck accident slowed the field for the first time on lap 23. Shortly after a lap-30 restart, the No. 4 JBL Tundra experienced a left-rear tire issue causing Bell to lose several positions.

With the end of Stage One lurking within 10 laps, Bell and his team decided to try and make it to the end of the stage rather than pit under green-flag conditions and lose multiple laps. Unfortunately, the tire cut and sent the JBL Tundra spinning into the outside wall between Turns 3 and 4. After making it to his pit stall to have the damage surveyed, the over-the-wall crew determined that his Toyota wouldn’t be able to be fixed under NASCAR’s new five-minute clock and pushed it back to the garage.

Bell ended the day scored with a 25th-place finish, snapping a streak of seven top-10 finishes dating back to Phoenix (Ariz.) International Raceway last November. He was however able to maintain second place in the NCWTS championship standings, 52 tallies behind race winner Johnny Sauter. 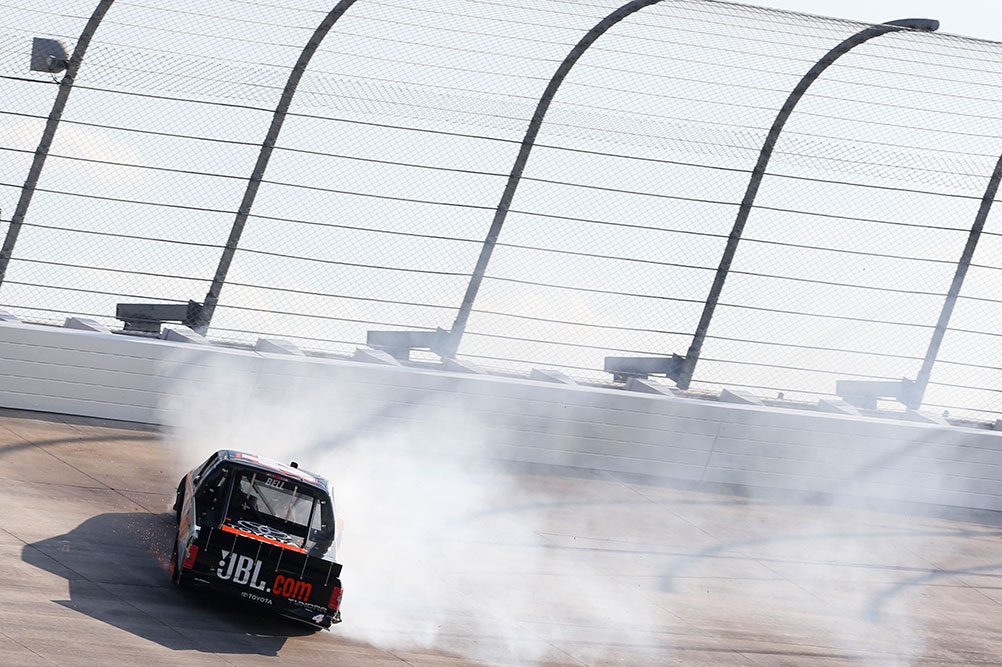 What happened to end your race?

“Well, under the yellow there, I could kind of feel it was starting to get a little bit squishy – my left rear – before we went green and then when we went green I could tell it was low. I apologize to everyone at the KBM (Kyle Busch Motorsports) shop, Kyle (Busch, team owner) and all those guys. They work really hard to build really fast Tundras. I had a really good JBL Tundra today. I’m sorry to those guys – I should have got it into pit road and got it fixed, but I felt like we could hold on. We only had a couple more to the break. Didn’t work out.”

Bell leaves the sixth race of the season second in the Truck Series championship standings, 52 tallies behind points leader Johnny Sauter. The Oklahoma native has tallied one win and seven playoff points this season.

Bell will be back behind the wheel of the No. 4 JBL Tundra when the Truck Series resumes action on Friday, June 9 at Texas Motor Speedway in Fort Worth. Live coverage of the winstargamingonline.com 400 begins with the NCWTS Setup Show at 7:30 p.m. ET on Fox Sports 1.