Bell Starts Round of 6 with Eighth-Place Finish at Martinsville 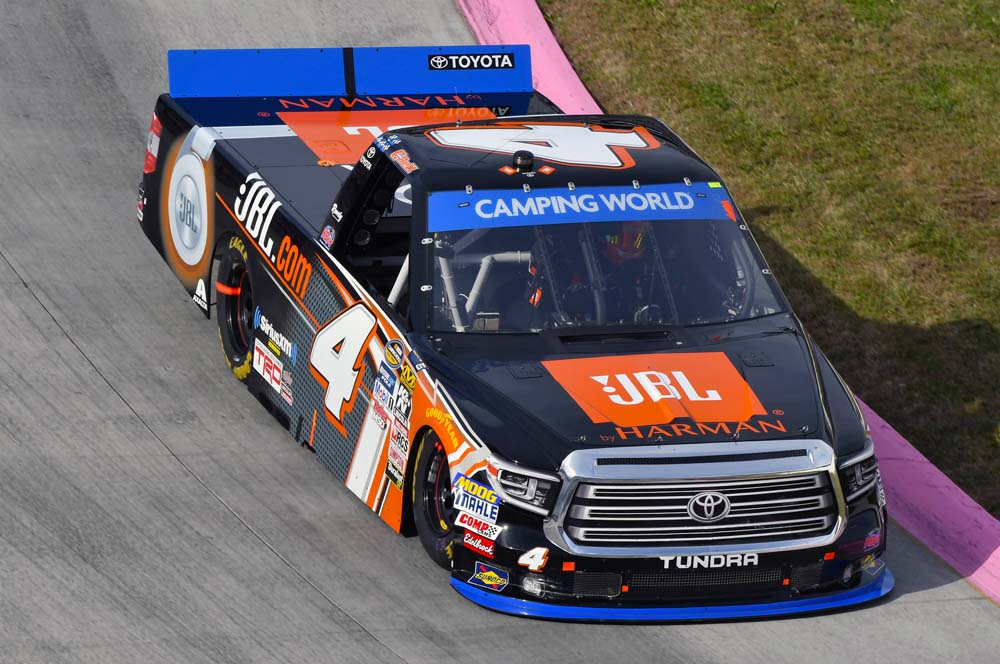 Christopher Bell was leading the Texas Roadhouse 200 at Martinsville (Va.) Speedway with 77 laps remaining when Matt Crafton attempted to pass him and made contact with the No. 4 JBL Tundra. The contact turned Bell around and brought out the caution. After bringing his Toyota to pit road for four fresh tires and fuel, the Oklahoma native restarted from the 22ndspot with 71 laps remaining.

Bell was able to maneuver his way back inside the top 10 and crossed the stripe with an eighth-place finish. The 22-year-old maintained his spot atop the NASCAR Camping World Truck Series standings. With two races remaining in the Round of 6, he sits three points ahead of Johnny Sauter and 34 points ahead of the cutoff line for advancing to the championship race at Homestead-Miami (Fla.) Speedway. 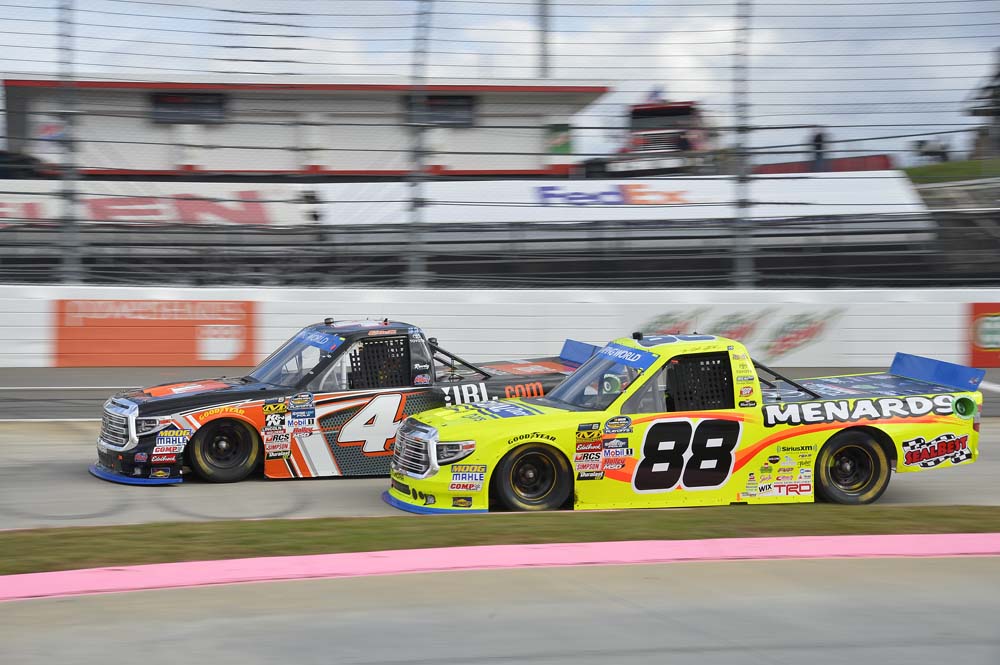 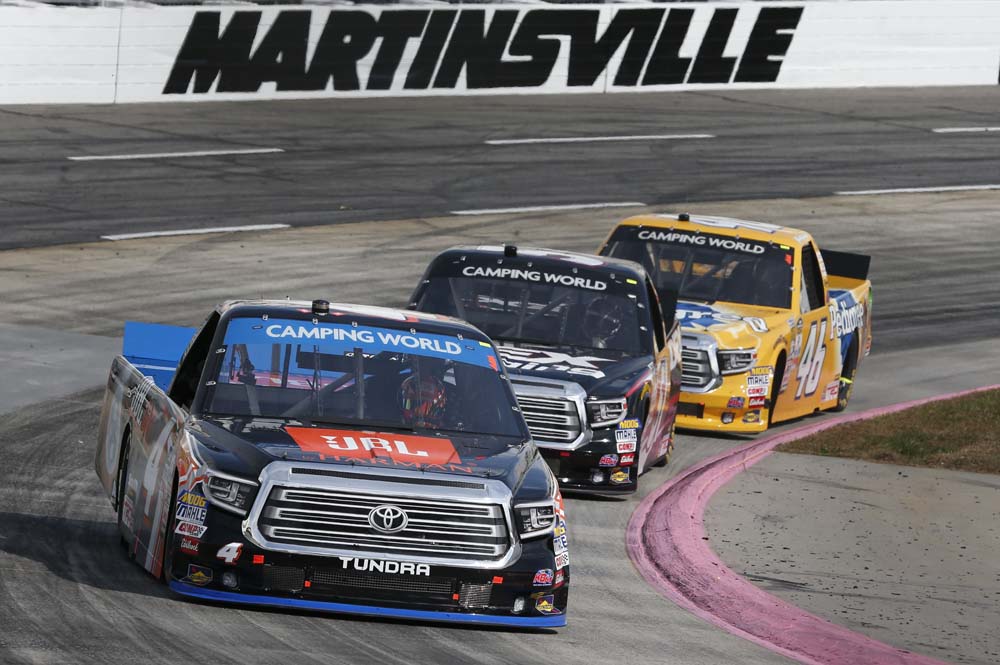 Tell us about your day and coming back from the mid-race spin.

“I don’t know, our JBL Tundra was really, really strong throughout the second stage. I don’t know, other than that second stage we struggled to get going, but I’m not really sure what happened getting into (turn) three there. I thought I left Matt (Crafton) enough room, but overall it was not the day we wanted, but we were able to salvage a good finish out of it and got some stage points in the second stage. We’ll move on to Texas (Motor Speedway) and hopefully be a lot better than we were today.”

Bell leads the NCWTS championship standings by three points over reigning champion Johnny Sauter. With two races remaining in the Round of 6, he is 34 points ahead of the cutoff for making it to the championship race at Homestead-Miami (Fla.) Speedway.

Bell will be behind the wheel of the No. 4 JBL Tundra when the Truck Series resumes action Nov. 3 at Texas Motor Speedway in Fort Worth. Live coverage of the JAG Metals 350 begins with the NCWTS Setup Show at 7:30 p.m. ET on FS1.