Bell Spins and Wins at Kentucky 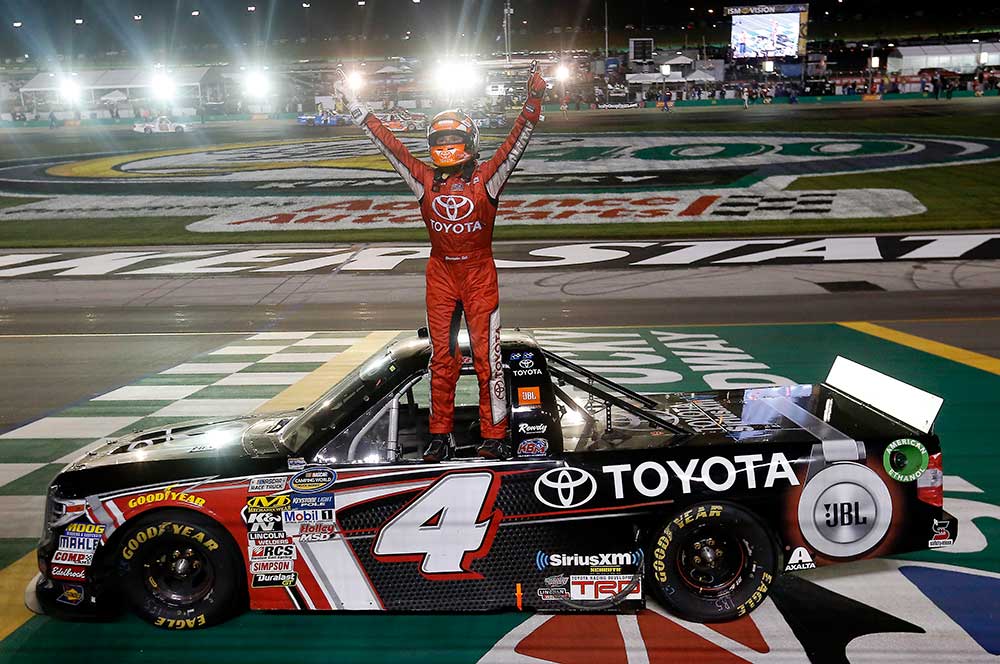 Christopher Bell recovered from a spin early in the race to bring home the victory in Thursday night’s Buckle Up in Your Truck 225 at Kentucky Speedway in Sparta. Bell led three times for a race-high 54 laps, including the final 37, en route to his third NASCAR Camping World Truck Series victory of 2017 and the fifth of his career. 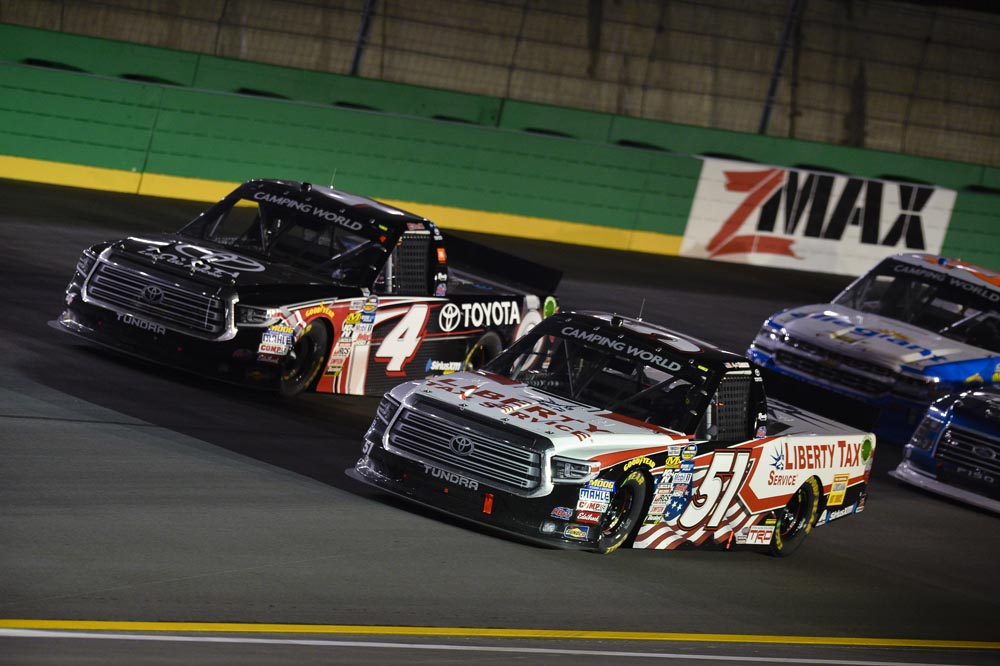 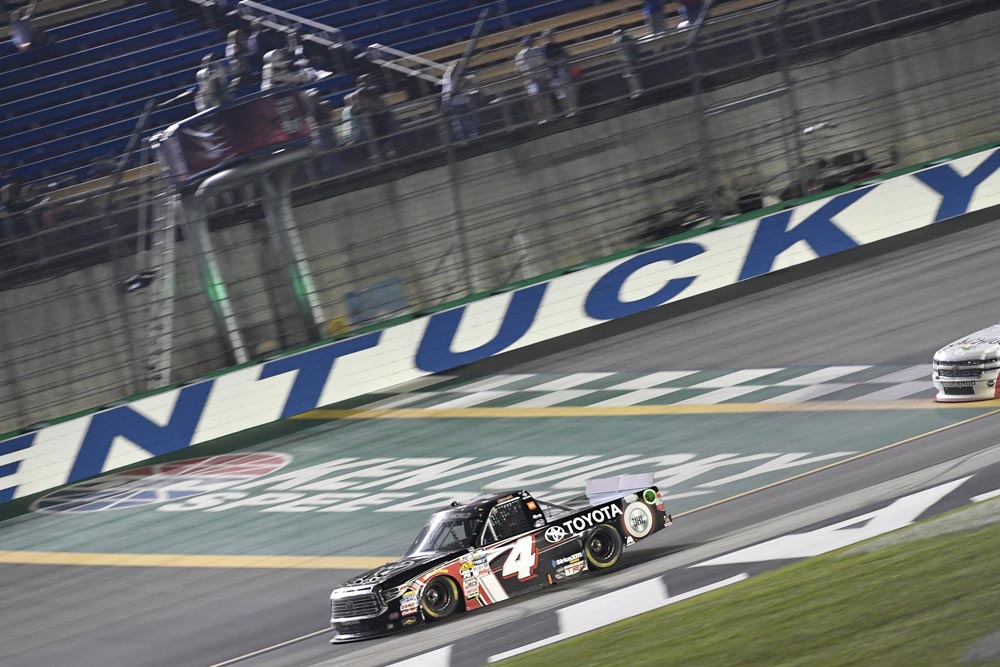 A lot of battles in the closing laps, particularly with your owner Kyle Busch. How was it?

Talk about your win here tonight.

“This is pretty special man. This is an extremely tough race for me. We had our ups and downs there and through practice yesterday, just kind of – practice didn’t really go smooth. We had such a good Toyota Tundra that I knew, I knew if the right circumstances came up we could do it and Rudy (Fugle, crew chief) did a great job on top of the pit box just getting me track position after I made a mistake there and spun out. Just really glad to be here. Really thankful for all the guys at TRD, everyone at Kyle Busch Motorsports – they build such fast Tundras. It’s a pleasure to drive them. Our Joe Gibbs engines are flawless and that showed today.”

Setting yourself up well for the playoffs, talk about that and the race tonight

“Well the playoff is – that’s what matters so that’s kind of what me and Rudy (Fugle, crew chief) set out to do at the beginning of the year was to accumulate all those points to make it as easy as possible for us to transfer to Homestead at the end of the year. As far as the race goes, it was extremely up and down. With the repave and the green race track at the beginning, I think everybody was kind of – didn’t know what to expect, but the track had a lot of grip right off the bat. It was really fast. A lot of draft runs. A lot of dirty air down in three and four. Pretty tough to pass. Once I got back there in traffic, we were kind of mired back there until Rudy started running his magical strategy at it and got us out front. Our Tundra was fast enough, we were able to hold them off.”

What was going through your mind those laps 10 laps with Brandon Jones right behind you? 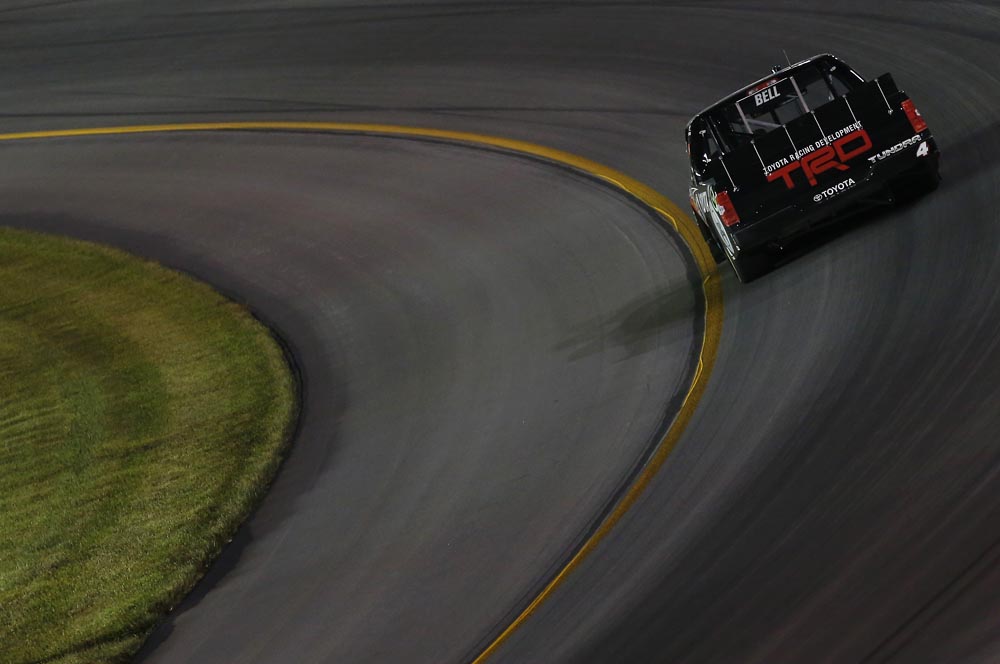 Bell leaves the tenth race of the season second in the Truck Series championship standings, 28 tallies behind points leader Johnny Sauter. The Oklahoma native has earned 19 playoff points this season.

Bell will be behind the wheel of the No. 4 Toyota Tundra when the Truck Series resumes action on Wednesday, July 19 at Eldora Speedway in Rossburg, Ohio. Live coverage of the 5th Annual NCWTS Eldora Dirt Derby begins with the NCWTS Setup Show at 9 p.m. ET on Fox Business Channel.