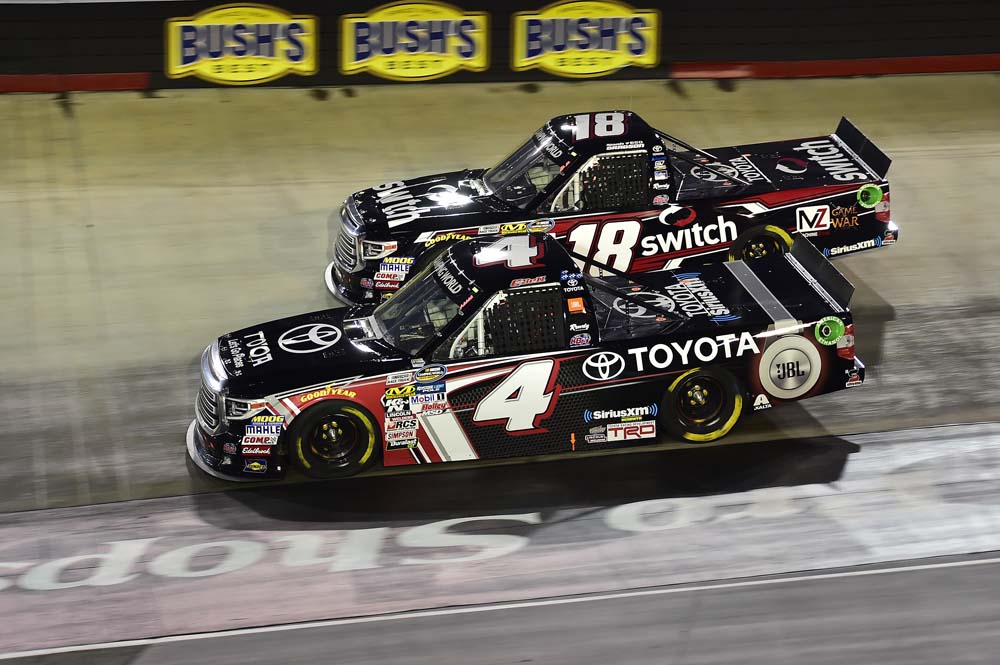 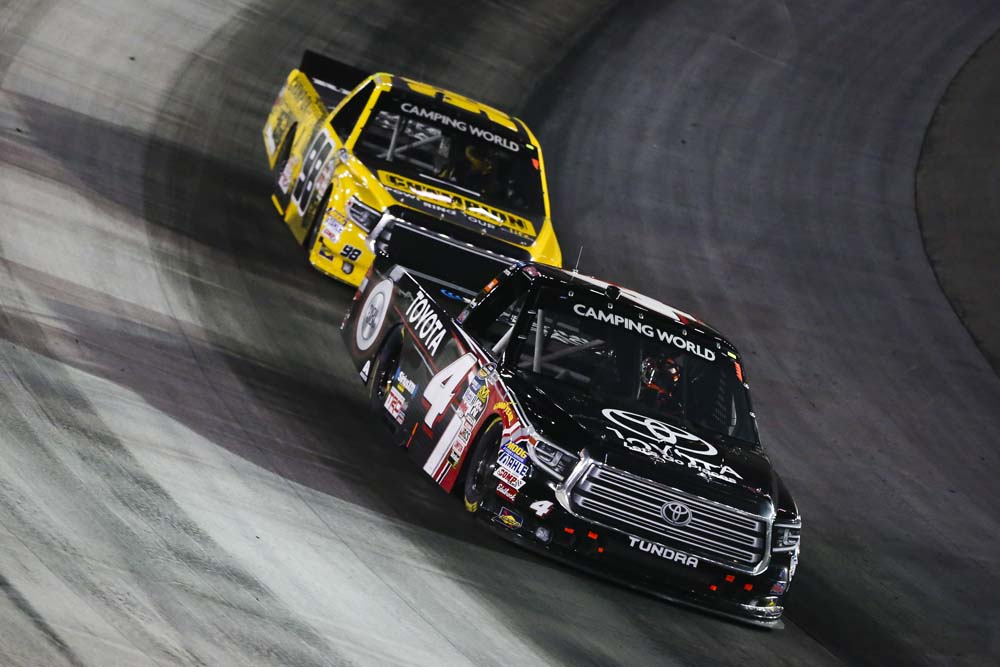 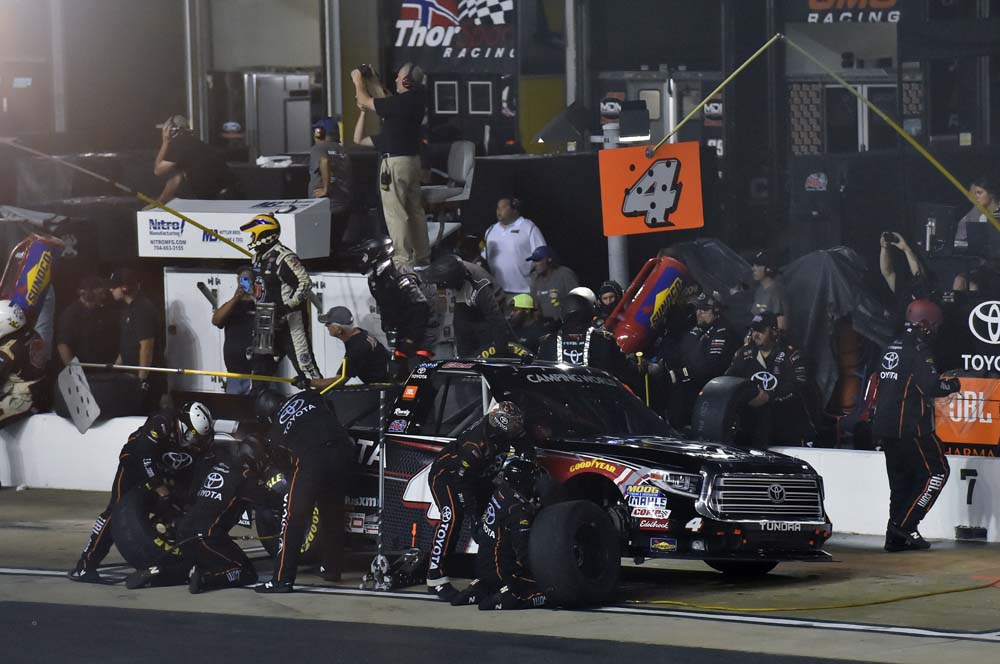 Bell leaves the 14th race of the season leading the Truck Series championship standings by 42 points over reigning champion Jonny Sauter. The Oklahoma native has earned 24 playoff points this season.

Bell will be behind the wheel of the No. 4 Toyota Tundra when the Truck Series resumes action on Sept. 3 at Canadian Tire Motorsport Park in Bowmanville, Ontario. Live coverage of the Truck Series only road course event of the season begins with the NCWTS Setup Show at 2 p.m. ET on FS1.