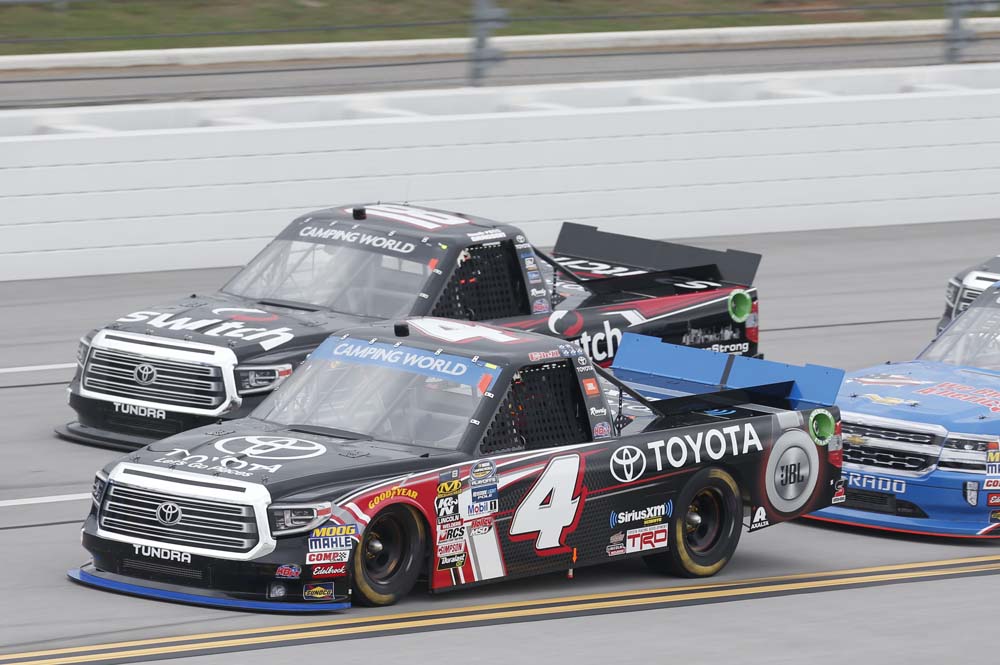 Christopher Bell and the No. 4 Toyota Racing team earned Kyle Busch Motorsports (KBM) its first-ever superspeedway pole and were one spot away from bringing home another victory Saturday in the NASCAR Camping World Truck Series Fred’s 250 at Talladega (Ala.) Superspeedway.

The Oklahoma native was leading the field when a late-race caution set up NASCAR overtime. On the ensuing restart, rather than pushing Bell past the outside lane Justin Haley decided to make a move for the lead down the backstretch and slowed the momentum of the No. 4 Toyota Tundra when he pulled out of line.  Bell fell back to the fourth spot momentarily, but rallied back up to the runner-up position and was waiting to make a move on eventual winner Parker Kligerman when a wreck ensued behind them and ended the race under caution.

The No. 4 team finished the Round of 8 of the Truck Series Playoffs in first place in the championship standings with 2,195 points and will enter the Round of 6 as the No. 1 seed with 47 playoff points. 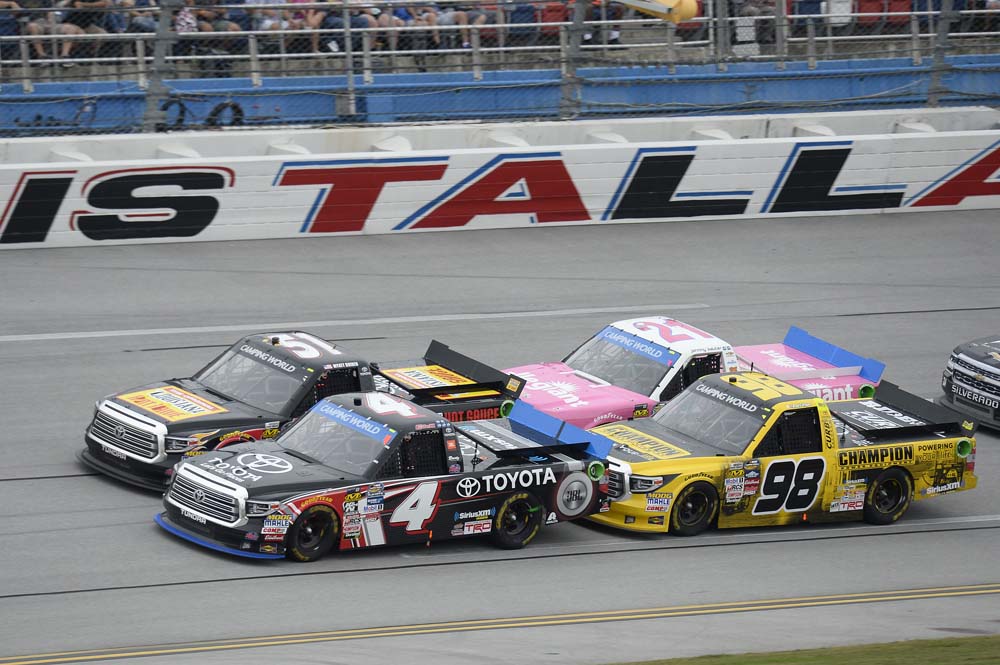 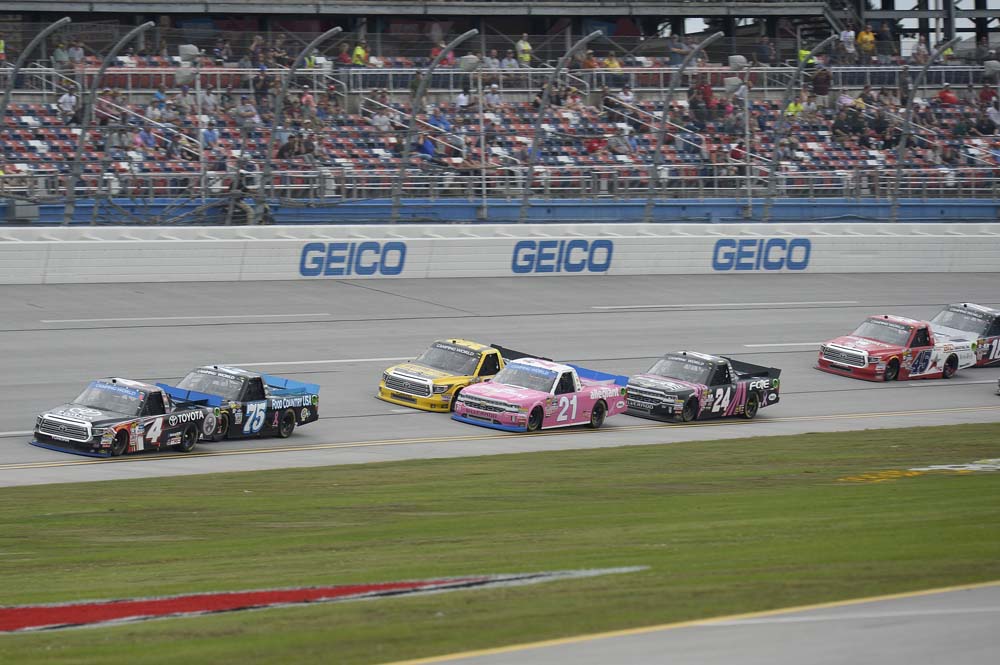 Can you describe the last few laps and the effort you put in to try and get the win?

“Hair-raising. That’s really all I can say. Pretty intense there the last 10 laps — people started pushing and wiggling. It was very intense. Second was not where we wanted to finish, but the truck is in one piece. I’m just proud of all of my guys and the effort they put into this. They brought a really fast Toyota Tundra. We didn’t end up in victory lane, but we’re in second and the truck’s in one piece, so that’s the next best thing.”

Can you walk us through the overtime restart and your race today?

“It was pretty self-explanatory to me. I had the lead and just had to hang onto it for two laps, but unfortunately at Talladega that’s pretty tough. I just hate it for my guys. My Toyota Tundra was just so strong and they worked really hard to prepare a fast Tundra for this weekend. We started on the pole and then the top got by me. I don’t know. I need to go back and look at my restarts and see what I could’ve done differently to win the race on the last restart and not lose as many spots over the course of the race. Rudy Fugle (crew chief) did a great job on the pit box making the right strategy calls to get us track position because I felt like that’s how we gained all of our track position — on pit road and using the right strategy. Second place is not where we wanted to finish, but to roll it onto pit road and not get caught up in a crash and finish second that’s the second-best option.”

With his win in the opening race of the playoffs at New Hampshire Motor Speedway in Loudon, Bell earned an automatic berth into the Round of 6 that begins Oct. 28 at Martinsville (Va.) Speedway. The driver of the No. 4 Tundra will enter the Round of 6 as the No. 1 seed with 47 playoff points.

Bell will be behind the wheel of the No. 4 JBL Tundra when the Truck Series resumes action Oct. 28 at Martinsville. Live coverage of the Texas Roadhouse 200 begins with the NCWTS Setup Show at 12:30 p.m. ET on FS1.