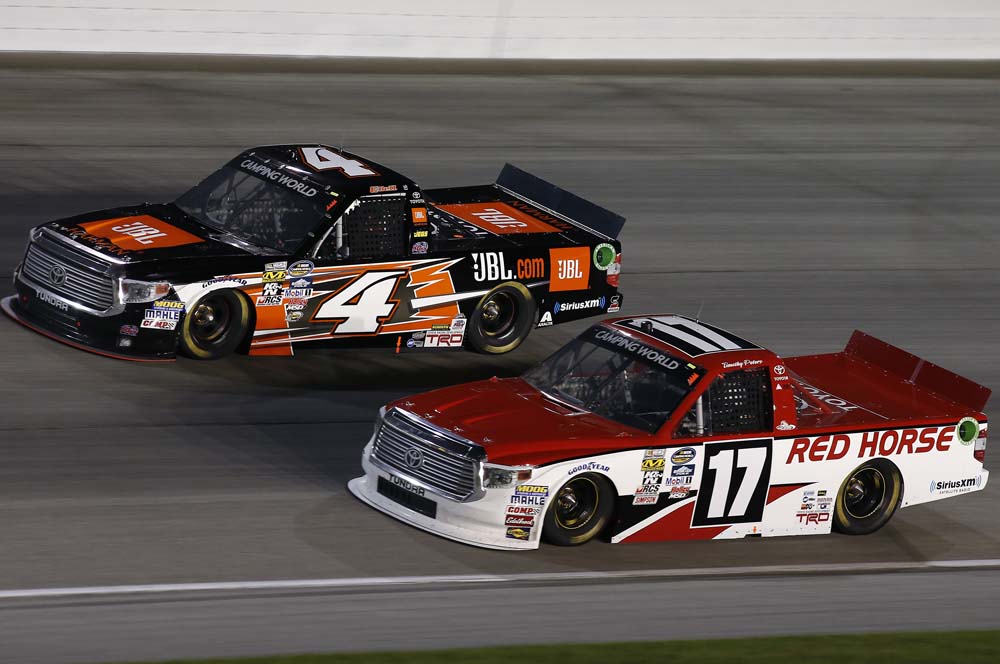 Christopher Bell was already locked into the inaugural NASCAR Camping World Truck Series Chase via his win earlier in the season at Gateway Motorsports Park in Madison, Ill., but the No. 4 JBL Racing team wanted to head into the first race of the elimination-style playoffs with momentum on their side. They were able to do just that as Bell brought home a fourth-place finish in his first Truck Series start in the ‘Windy City’ and locked down the fourth seed heading into the first race in the Round of 8 next Saturday at New Hampshire Motor Speedway in Loudon.

“We acted like it was the first race of the Chase tonight and I think you have to treat these Chase races with a lot of respect and really have to pay attention to not making mistakes,” said Bell, who picked up his second consecutive top-five finish. “That’s something that I’ve done a horrible job with this year, but I’ve got really fast Tundras underneath me and I finally have one where we can load it in the trailer after tonight. I’m looking forward to Loudon.” 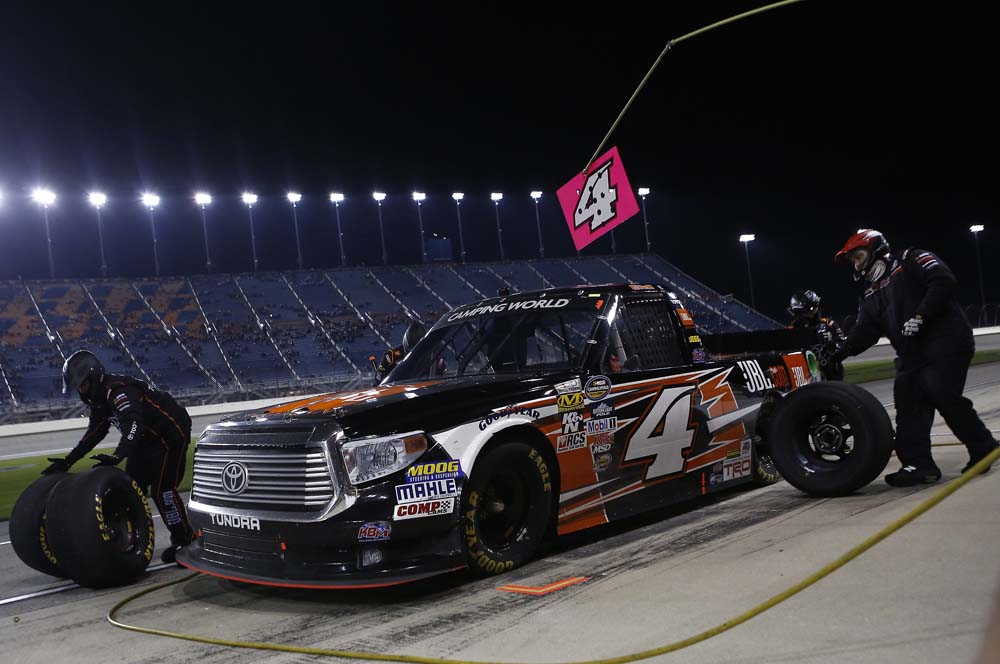 Bell started from the 12th position Friday night and moved into the top 10 before pitting for the first time after the caution clock expired on lap 47. Reporting that the handling of his No. 4 JBL Tundra was to his liking, the over-the-wall crew administered at a four-tire and fuel stop and returned their driver to the track scored in the fourth position for the lap-50 restart.

With the minor adjustments turning his Toyota to the free side during the next run, the Oklahoma native fell back to the 18th spot when the field was slowed for the third time on lap 83. Crew chief Baxter summoned his young driver to pit road for a large chassis adjustment with four fresh tires and full load of fuel.

The Sunoco Rookie of the Year candidate restarted from the 12th position, but was still battling a loose Tundra and fell back to the 20th position when the next caution occurred on lap 104. He visited pit road for the final time for a four-tire and fuel stop with another chassis adjustment and returned to the track scored in the 14th position for the ensuing restart on lap 109.

As many of the record 10 cautions occurred in the final 30 laps and slowed the finish of the event, Bell slowly began to move forward with each restart. He returned to the top 10 with just over 25 laps remaining and reported that the handling of his Tundra was much improved. A late accident set up NASCAR overtime, with Bell taking the final restart from the sixth position. He was able to pick up two spots over the final two laps and bring home his seventh top-five finish of his rookie season.

Daniel Suarez led three times for 43 laps, but finished 11th in his KBM ARRIS Tundra. William Byron was involved in an early accident in his KBM Liberty University Tundra and was relegated to a 30th-place finish.

The 16th race of the 2016 season featured 10 cautions for a total of 41 laps. There were 10 lead changes among five drivers.

Bell improved two positions in the championship standings and will rank fifth before the points reset for the start of the Chase.

Bell will be back behind the wheel of the No. 4 SiriusXM Tundra when the Truck Series resumes action Saturday, Sept. 24 at New Hampshire Motor Speedway in Loudon. Live coverage of the UNOH 175 begins with the NCWTS Setup show at 12:30 p.m. ET on Fox Sports 1.