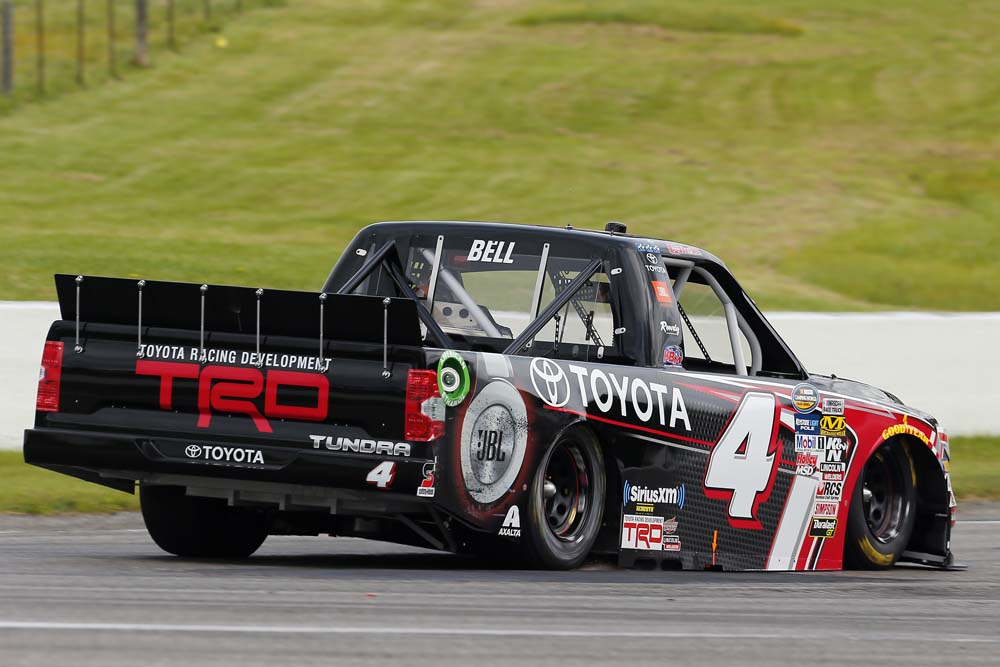 Christopher Bell restarted from the fourth position with 20 laps remaining in Sunday’s NASCAR Camping World Truck Series 250 at Canadian Tire Motorsport Park in Bowmanville, Ont. but moments later missed a shift causing the engine to expire on his No. 4 Toyota Tundra. Despite finishing 26th in the event, Bell heads into the regular season finale at Chicagoland Speedway in Joliet, Ill. with a 30-point lead over reigning Truck Series champion Johnny Sauter.

What happened out there?

“Just went from third to second there on the back straightaway.”

How was the racing on the track until you got to that point?

“I felt like our Toyota Tundra was pretty good. We were in position to win the race. We had a shot at it if I didn’t miss that shift.”

Bell will be behind the wheel of the No. 4 SiriusXM Tundra when the Truck Series resumes action on Sept. 15 at Chicagoland Speedway in Joliet, Ill. Live coverage of the Chicagoland 225 begins with the NCWTS Setup Show at 8 p.m. ET on FS1.