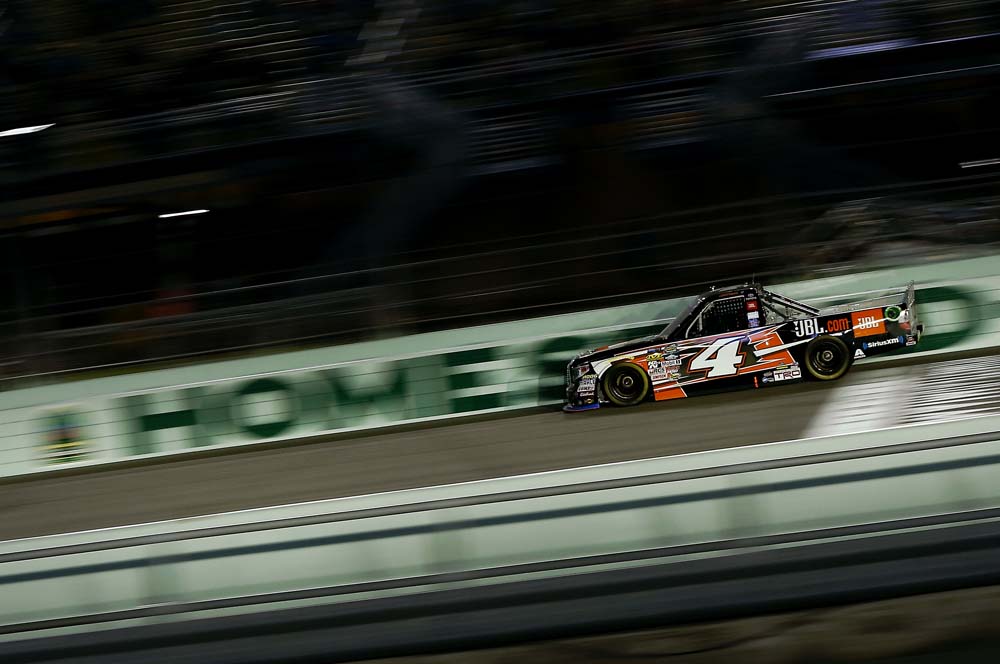 Rookie Christopher Bell took on a trio of veterans Friday night at Homestead-Miami (Fla.) Speedway in the Championship 4 of the Inaugural NASCAR Camping World Truck Series. After starting from the eighth position, Bell battled a loose-handling JBL Tundra in the early stages of the race and found himself battling to remain inside the top 15. A major chassis adjustment by crew chief Jerry Baxter helped bring the Toyota to life and allowed the No. 4 team to battle inside the top 10 in the second half of the 134-lap event, but in the end an eighth-place finish was all the talented youngster could muster.

Johnny Sauter was crowned the 2016 Truck Series champion after a third-place finish, while Chase competitors Matt Crafton and Timothy Peters finished seventh and ninth, respectively. Bell ends his first full-time season with a third-place finish in the championship standings. His Kyle Busch Motorsports’ teammate William Byron was able to collect his seventh win of the season and earn the organization its record fifth Truck Series Owner’s championship.

“I’m really proud of our Kyle Busch Motorsports group here,” Bell reflected after the race. “They worked really hard to give us what we needed to win the race and I feel like I just made a couple mistakes up there trying to get all I could get, but overall, man, it just wasn’t our year. We were always kind of a fifth to 10th-place truck and fought hard and that’s where we ended up tonight, so just thankful for all of our partners at JBL, Toyota, TRD (Toyota Racing Development), the guys at Kyle Busch Motorsports – everyone who doesn’t come to the race track and who does come to the race track – SiriusXM, DC Solar. It’s a lot of fun to be racing in the Truck Series with Kyle Busch Motorsports and I’m looking forward to 2017.” 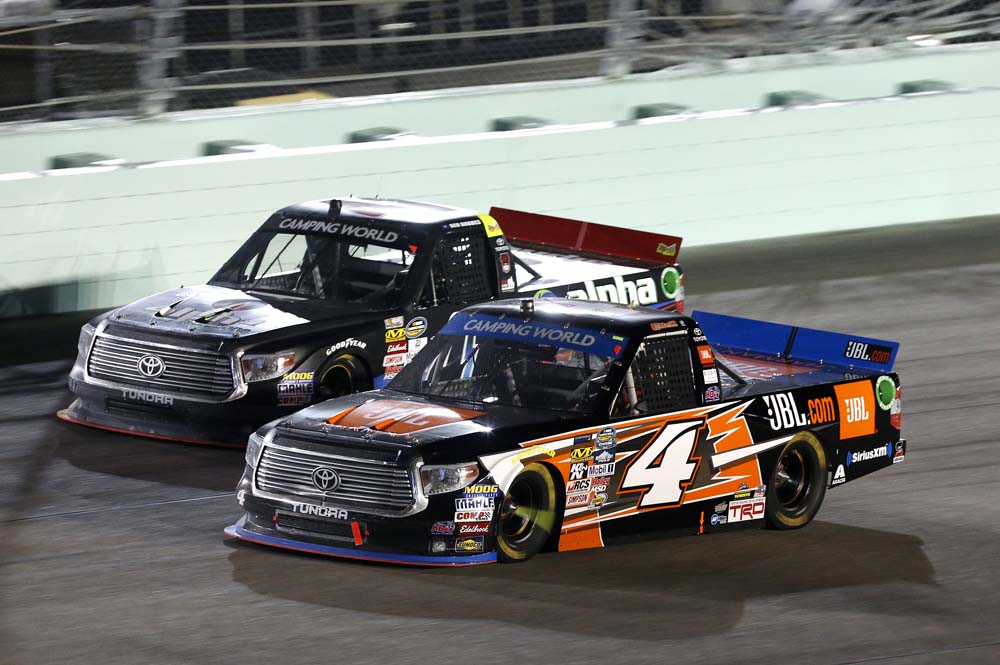 A major chassis adjustment on the second stop of the night helped improve the handling of Bell’s Tundra and allowed him to maneuver his way from 17th to 10th during a green-flag run that took place from lap 47 until 82. After a lightning-quick four-tire and fuel stop by the over-the-wall crew, the No. 4 Toyota was able to take the ensuing restart from the sixth position.

A strong restart helped propel the Oklahoma native up to the fourth position and he momentarily found himself ahead of the other three drivers competing for the championship. Two laps later he fell back to sixth and he was scored in seventh when a one-truck accident slowed the field for the final time on lap 111. Bell reported that his JBL Tundra had once again swung to “the loose side” before hitting pit road for the final time.

Crew chief Jerry Baxter took one more swing at improving the handling of his Tundra, making a wedge adjustment in addition to the four-tire and fuel stop. With a handful of teams electing to take just two tires, Bell emerged from pit road in the seventh position. He found himself in a seesaw battle with Timothy Peters in the closing laps of the race and in the end was able to work his way back past the veteran and earn the eighth-place finish and third spot in the championship standings.

The final race of the inaugural Truck Series Chase featured four cautions for a total of 18 laps. There were 15 lead changes among five drivers.

Bell will be back behind the wheel of a KBM Tundra full-time in 2017. The season-opening event at Daytona (Fla.) International Speedway is scheduled for Friday, Feb. 24 at 7:30 p.m. ET on Fox Sports 1.