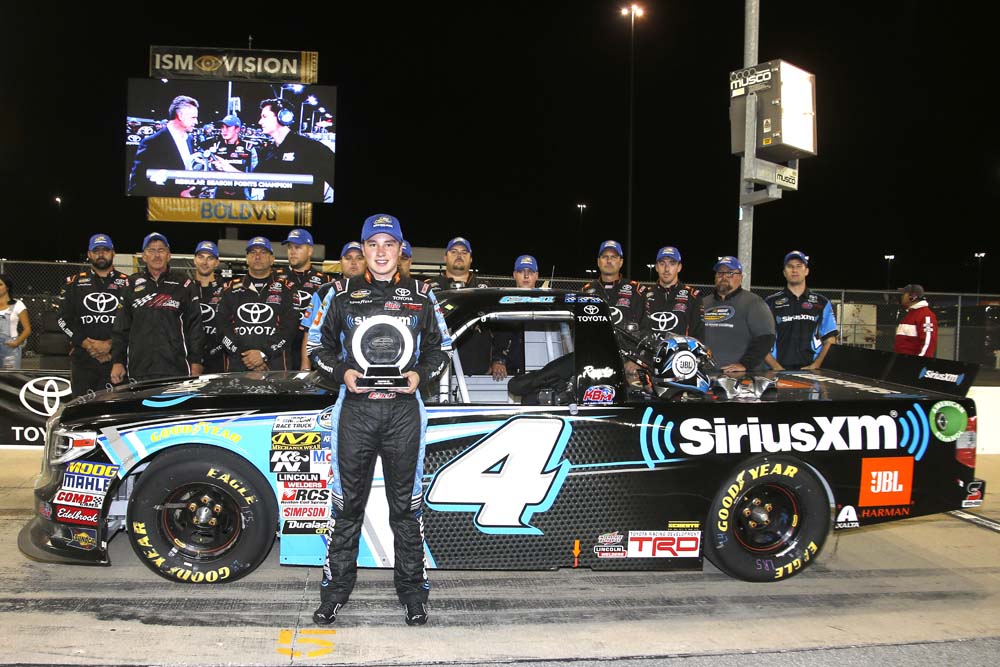 Christopher Bell led a race-high 72 laps of Friday night’s NASCAR Camping World Truck Series TheHouse.com225 at Chicagoland Speedway in Joliet, Ill. but surrendered the lead to race winner Johnny Sauter with 28 laps remaining when the handling of his SiriusXM Tundra went extremely loose. Bell would hold on to cross the stripe in the third position, allowing the No. 4 team to clinch the regular season Truck Series title and earn an extra 15 playoff points.

When the playoffs start next weekend at New Hampshire Motor Speedway in Loudon, Bell will be the No. 1 seed with 40 playoff points. 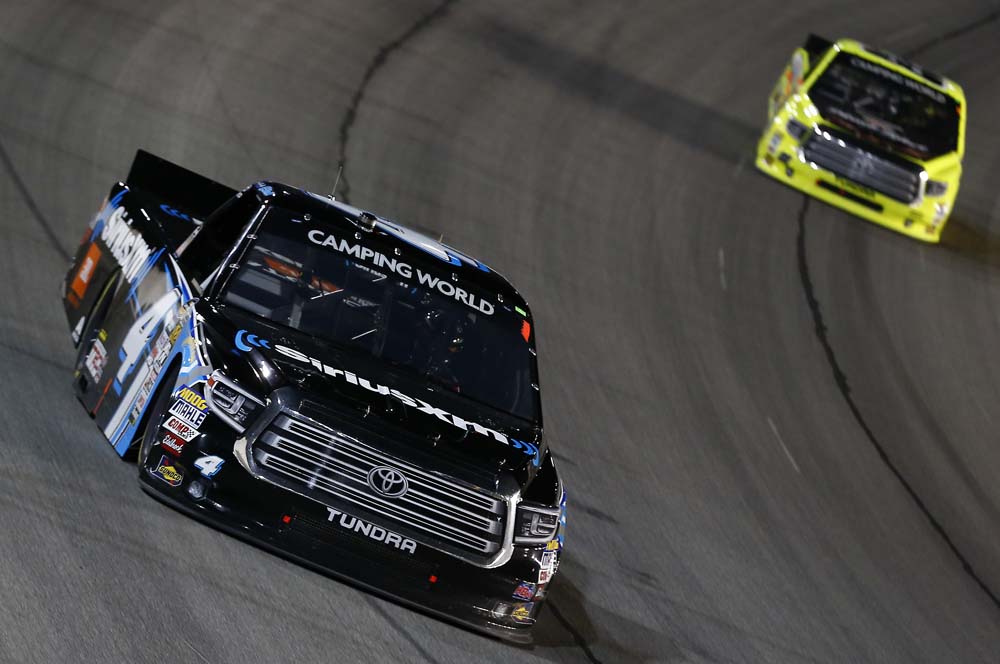 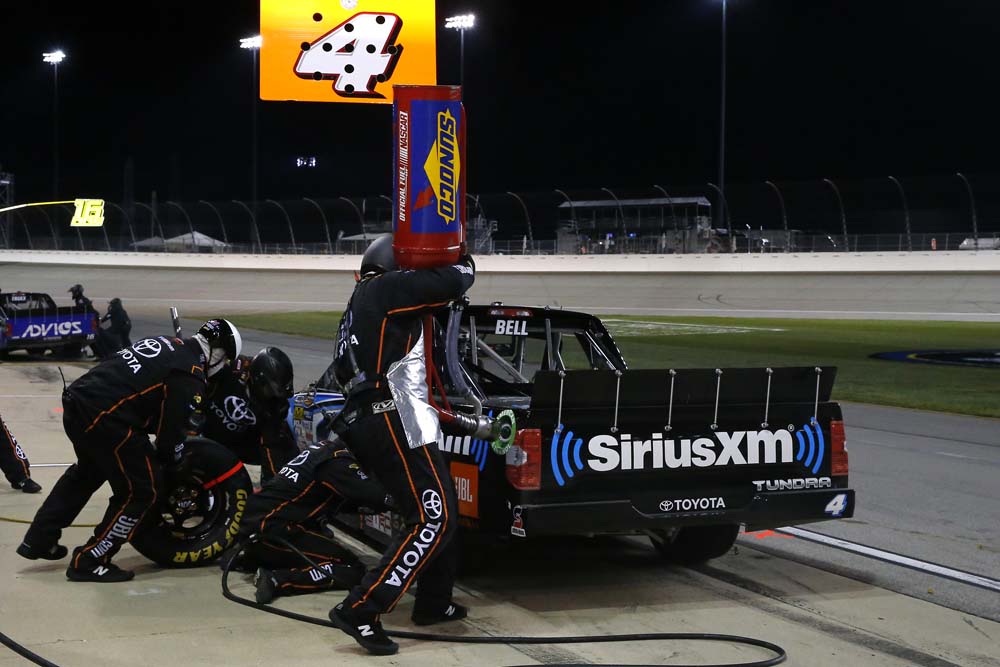 What does it mean to win the regular season championship?

“It’s huge, I’ve got the best guys in the world here. I’m really thankful to drive this No. 4 Tundra for Kyle Busch Motorsports, it’s a pleasure to drive.”

What did you learn tonight leading into the Playoffs?

“I learned that I have to get better, this isn’t going to cut it for Homestead. Really proud of how fast of a Tundra they built for us this weekend. Felt like we had the truck to win there and I just made some mistakes there at the end and gave it away.”

How big is this season for you?

“It’s huge, thankfully this year we were able to accumulate some points to have a little bit of a cushion going into the Playoffs and just really thankful to be here at Kyle Busch Motorsports driving this No. 4 SiriusXM Tundra and not just SiriusXM, but all of our partners at JBL, TRD, Toyota and everyone at Kyle Busch Motorsports, there is a whole group there that builds these Tundras and they do an excellent job and it really shows week in and week out.”

Bell finished the regular season 21 points ahead of reigning champion Johnny Sauter. The Oklahoma will enter the playoffs as the No. 1 seed with 40 playoff points.

Bell will be behind the wheel of the No. 4 SiriusXM Tundra when the Truck Series resumes action on Sept. 23 at New Hampshire Motor Speedway in Loudon. Live coverage of the UNOH 175 begins with the NCWTS Setup Show at 12:30 p.m. ET on FS1.