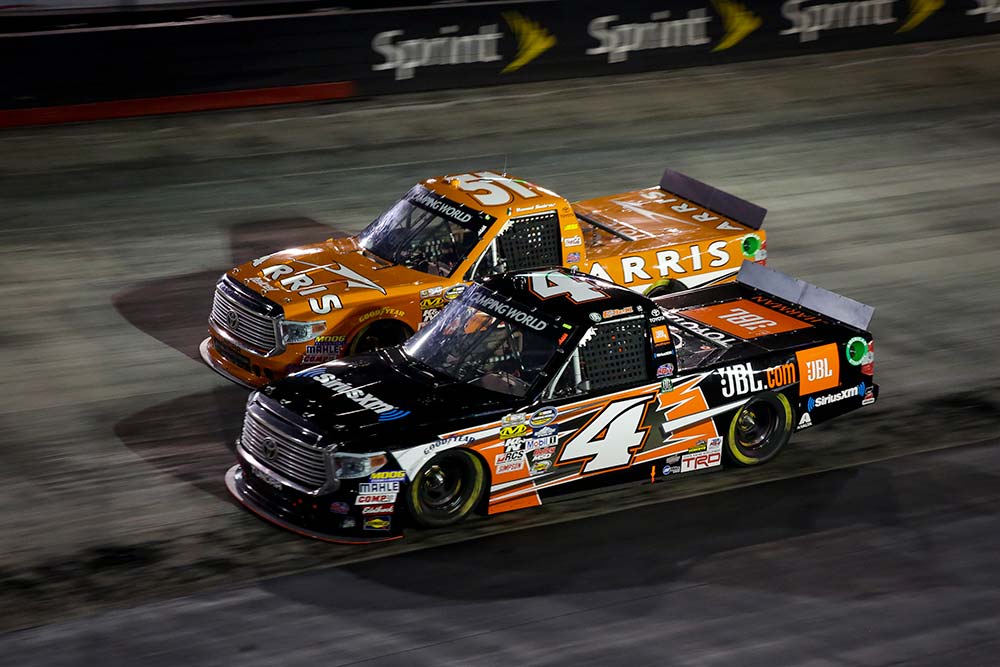 No. 4 JBL/SiriusXM Tundra Spins While Leading with Just Over 50 Laps Remaining at Bristol

After starting from the fifth position, Christopher Bell methodically moved his way forward in the early stages of Wednesday night’s UNOH 200 at Bristol (Tenn.) Motor Speedway and was able to get the nose of his JBL/SiriusXM Tundra ahead of teammate Daniel Suarez just before the competition caution slowed the field on lap 41.

Bell would remain out front for 100 of the next 101 laps, leading at one point by over four seconds, but got loose through Turns 1 and 2 while battling side-by-side for the lead with Suarez shortly after a restart on lap 142 and went spinning down the backstretch. The 21-year-old driver was able avoid contact with the inside wall but flat spotted his tires and was forced to visit pit road for four fresh ones.

The No. 4 JBL/SiriusXM Tundra restarted from the 12th position on lap 148, but was mired in traffic on the .533-mile oval and found moving forward to be a challenge. Bell was able to rejoin the top 10 with 30 laps remaining and by the end of the 200-lap event was able to come away with a disappointing seventh-place finish.

“My SiriusXM/JBL Tundra was really fast and I didn’t realize how important track position was until we got buried in the back there and just kind of could only make it up on restarts if things fell my way,” Bell said. “If they stacked up on the bottom, I could drive around them. If we restarted on the bottom, obviously that was the place to be. Had a really fast truck, but have nothing to show for it and look forward to the next one.” 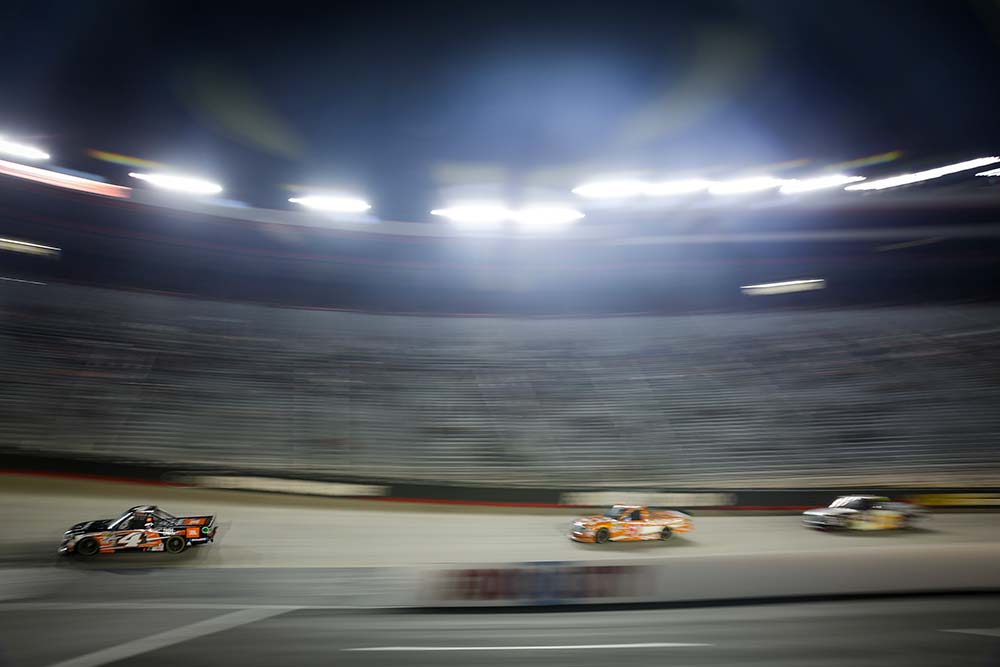 It was Bell’s sixth consecutive top-10 finish and his ninth across his last 10 races. The Oklahoma native moved up one position to fifth in the NASCAR Camping World Truck Series championship standings and with one win would currently be seeded fourth in the inaugural elimination-based playoff format in the Truck Series.

The 13th race of the 2016 season featured nine cautions for a total of 55 laps. There were seven lead changes among five drivers. KBM drivers combined to lead six times for 180 of the race’s 200 laps.

Bell will be back behind the wheel of the No. 4 JBL Tundra when the Truck Series resumes action Saturday, Aug. 27 at Michigan International Speedway in Brooklyn. Live coverage of the Careers for Veterans 200 begins with the NCWTS Setup show at 12:30 p.m. ET on Fox Sports 1.