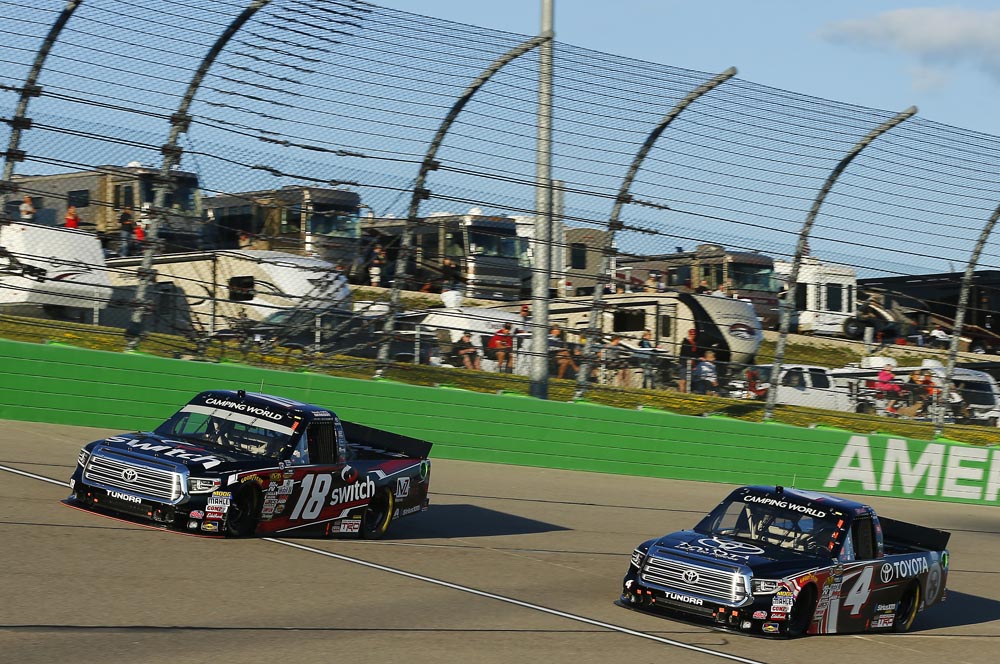 Christopher Bell took the lead from his Kyle Busch Motorsports’ (KBM) teammate Noah Gragson on lap 17 and remained out front for remainder of Stage 1 of the M&M’s 200 NASCAR Camping World Truck Series event at Iowa Speedway of Newton. The No. 4 Toyota Tundra was out front for the first 55 laps of Stage Two, but a one-truck spin with 11 laps changed the complexion of the strategy of the race.

Crew chief Rudy Fugle believed his best shot to collect another stage one and the playoffs points that go along with it was to stay on track and believed several series regulars would also wait for the stage break to pit. However, all but one lead-lap truck pitted for fresh tires leaving Bell at a disadvantage when the race restarted with six laps remaining in the stage. Bell would finish the stage fourth and then after making his pit stop restarted 12th for the final stage.

Bell methodically maneuvered his way back to the front and was scored in the fourth position when the final caution of the race occurred with 15 laps remaining. Everyone on the lead lap hit pit road when it opened, but misfortune struck once again when a pit gun didn’t function properly on the right-side only stop and the No. 4 Toyota Tundra was the sixth truck off pit road. He would pick up one more position in the closing laps to earn his sixth top-finish of the season. 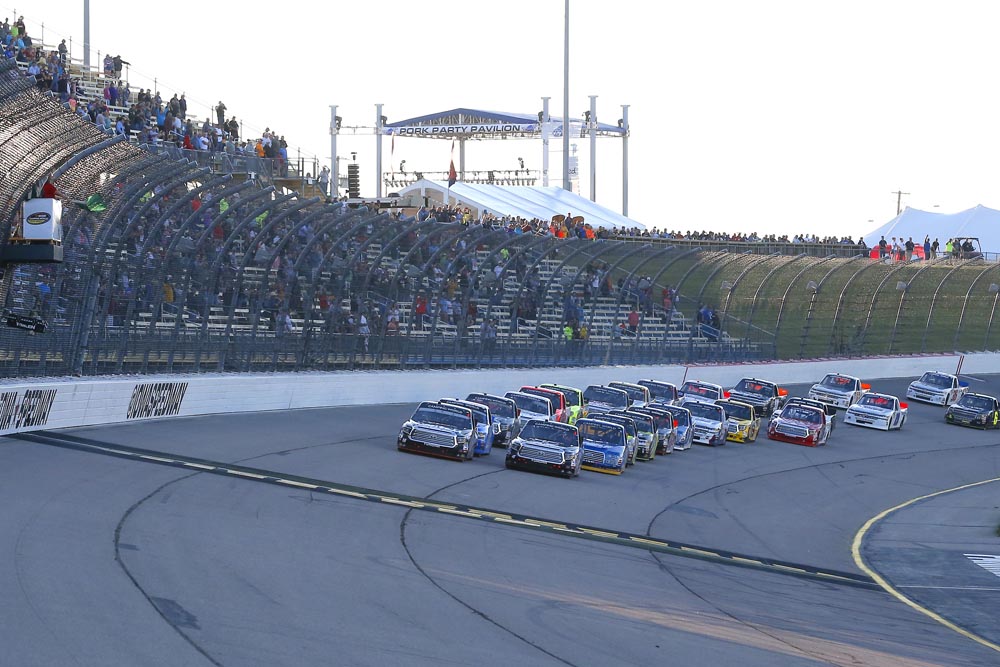 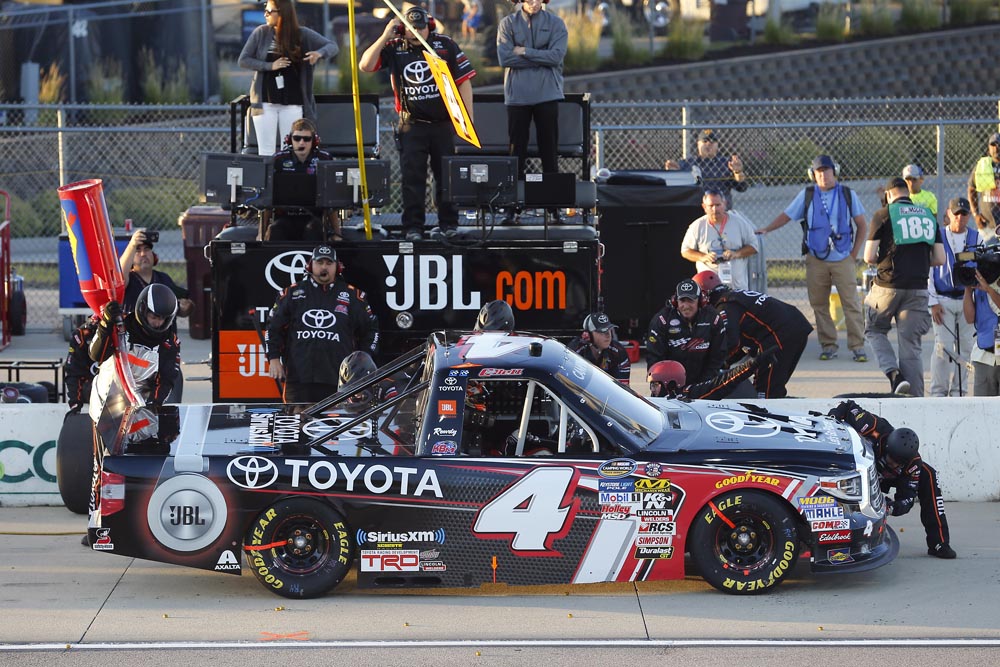 How did you battle your way back from a pit decision that resulted in your losing positions?

“Well, it was – we had a really fast Toyota Tundra, man. Out front, it was lights out – we were really, really good on the long run and on the short run too, but the long run was where we excelled. I don’t know, man. It’s so tough to pass whenever it’s on the bottom and, finally, the top came in and then we could finally start passing guys, but still it’d take way too long to pass them and then – but the yellow came out and that gave us a shot at it and just didn’t work out.”

What was the difference in your Tundra between being out front and back in traffic?

“Well, I don’t know. Our Toyota Tundra was really good out front. We had really good long run speed, pretty good short run speed. I felt like once we got buried back in traffic there, we’d be able to just pick ’em off once the tires started wearing out, but once the sun went down, man, it just gripped up. That was a super fun race though – that was awesome the top came in. I ran my first K&N race here at Iowa and it was one of the most fun races I’ve had in a stock car because we got all the way to the fence and we were darn near there tonight, so that was a lot of fun. Bummed it didn’t work out, but I still had a blast out there.”

Bell leaves the ninth race of the season second in the Truck Series championship standings, 42 tallies behind points leader Johnny Sauter. The Oklahoma native has earned 14 playoff points this season.

Bell will be behind the wheel of the No. 4 Toyota Tundra when the Truck Series resumes action on Thursday, July 6 at Kentucky Speedway in Sparta. Live coverage of the Buckle Up in Your Truck 225 begins with the NCWTS Setup Show at 7 p.m. ET on Fox Sports 1.