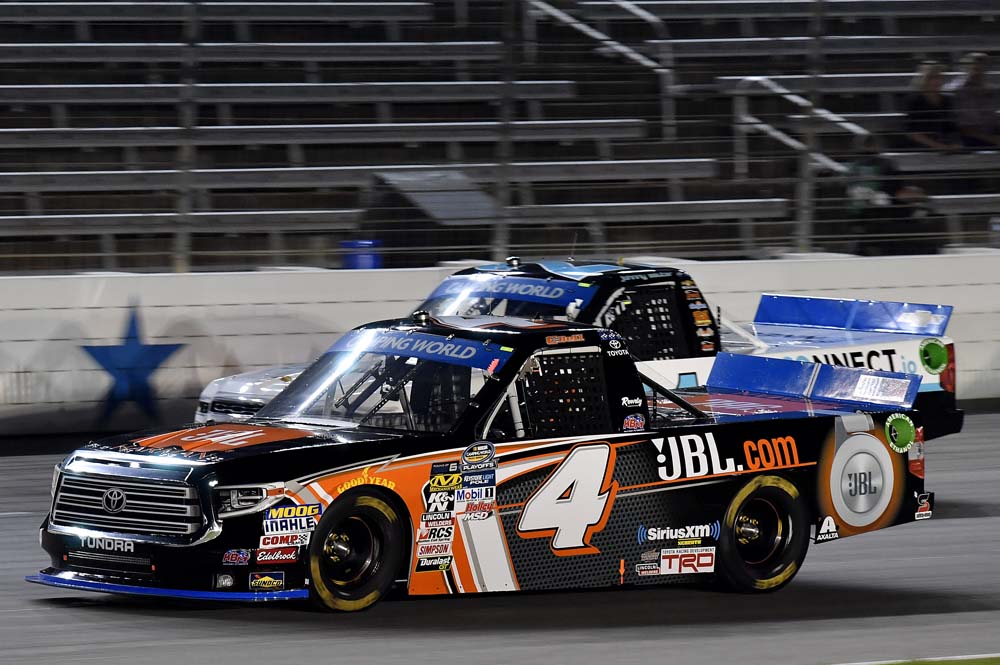 Christopher Bell led 20 laps of Friday night’s JAG Metals 350 at Texas Motor Speedway in Fort Worth and ended the 147-lap event in the third position. Bell has finished inside the top 10 in each of the first two races in the Round of 6 of the NASCAR Camping World Truck Series playoffs and enters the final race of the round 55 points above the cutoff line for earning the fourth and final spot in the championship race at Homestead-Miami (Fla.) Speedway. 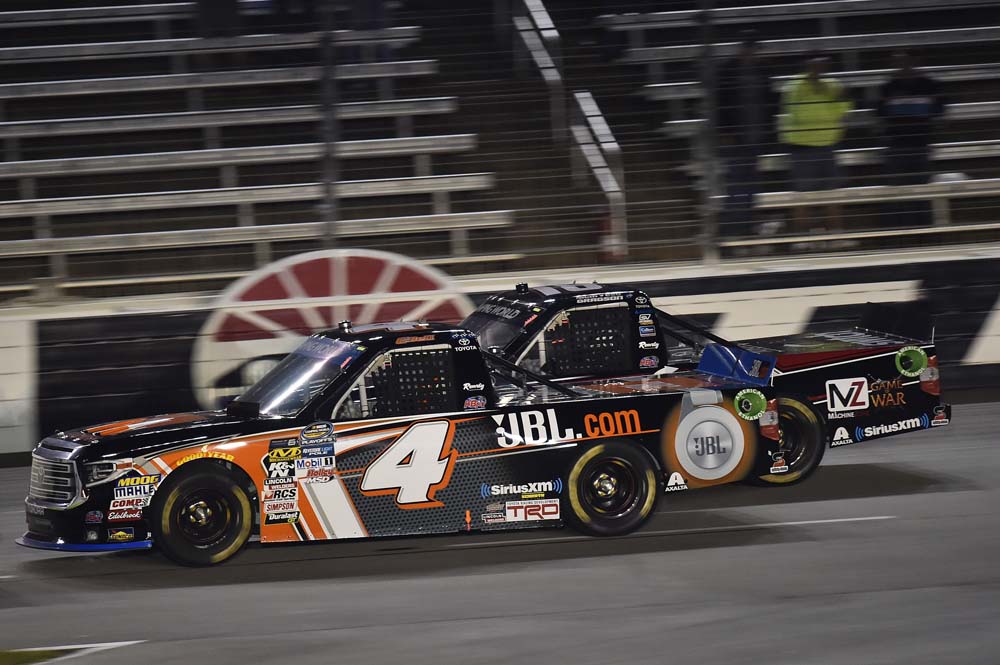 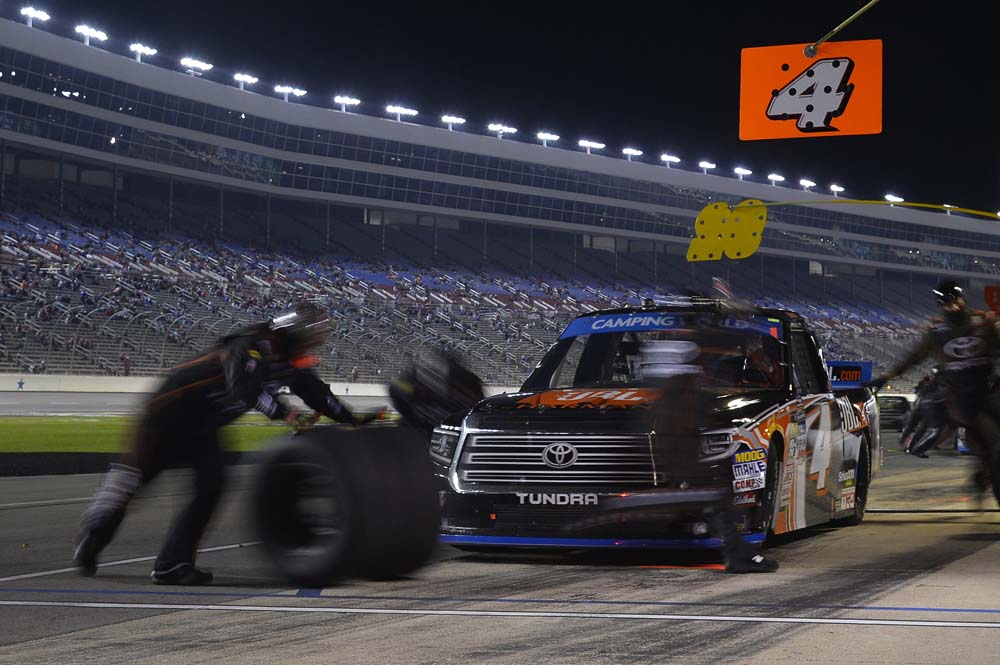 Walk through the race from your perspective and how you feel going into Phoenix.

“Yeah Stage 1 went right as planned and then we were able to get the lead there, pit, take four tires and then from that point on we kind of seemed to mired back the entire night. I could fight my way up through to the top five, top three and then I kind of just got stalled out and couldn’t make anymore, but our JBL Toyota handled really good. It seemed like everybody’s trucks handled really good tonight, so whenever we pitted and we got left out by ourselves that was ultimately the race. I don’t know if maybe I could’ve charged pit road a little bit harder or accelerated a little bit better off pit road to beat those guys out.”

Are you comfortable with your position in the Playoffs after getting some points?

“Yes and no. It was a good points day, but we don’t want to points race. We did a good job points racing and accumulating all those bonus points throughout the regular season and I feel like we could attack the Playoffs and try to win races and we were able to do that in the first round – won Loudon and then we were close to winning the rest of them. It was a nice points day, but we already have really good points, so we really wanted to win.”

Bell leads the NCWTS championship standings by four points over reigning champion Johnny Sauter. Sauter’s victory earned him one of the four spots in the championship race at Homestead-Miami (Fla.) Speedway. With one race remaining in the Round of 6, Bell sits 55 points ahead of the cutoff line for making the championship race.

Bell will be behind the wheel of the No. 4 Toyota Tundra when the Truck Series resumes action Nov. 10 at Phoenix (Ariz.) International Raceway. Live coverage of the Lucas Oil 150 begins with the NCWTS Setup Show at 8 p.m. ET on FS1.