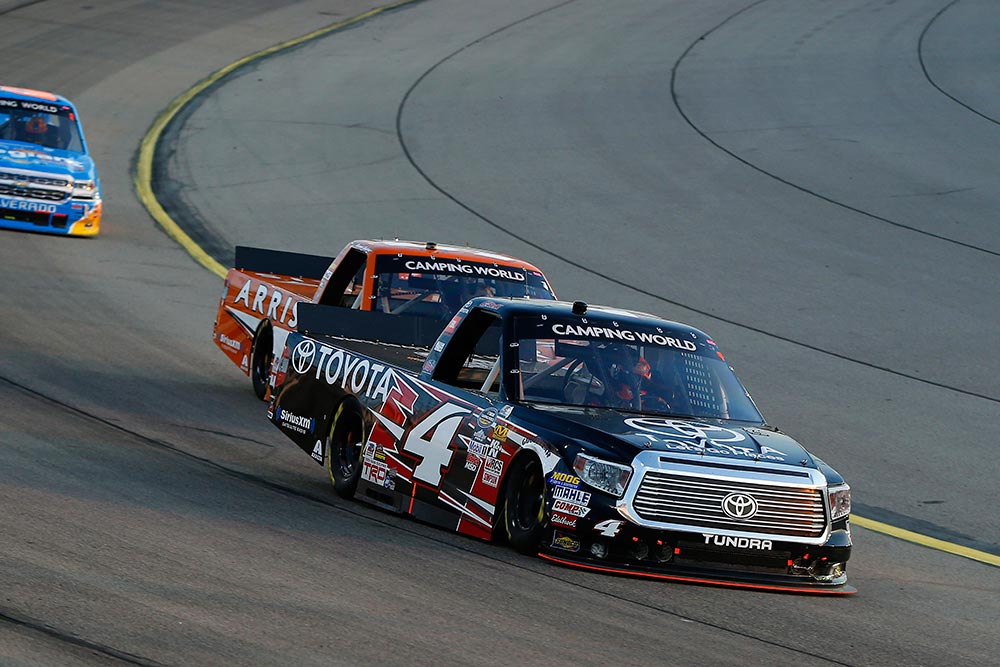 Christopher Bell came from his 13th starting position to earn a solid-ninth place finish in Saturday night’s Speediatrics 200 at Iowa Speedway in Newton. The top-10 finish was the No. 4 Toyota Racing team’s fourth across the last five races this season and helped Bell improve one position to 12th in the NASCAR Camping World Truck Series championship standings.

“It’s always good when your disappointed with a top-10 run, but we need to get a little bit better if we are going to make it into the Chase,” Bell said of his second top-10 finish in as many starts at Iowa. “Jerry (Baxter, crew chief) has had some really fast Tundras at Gateway, so I’m looking forward to getting right back at it next week.” 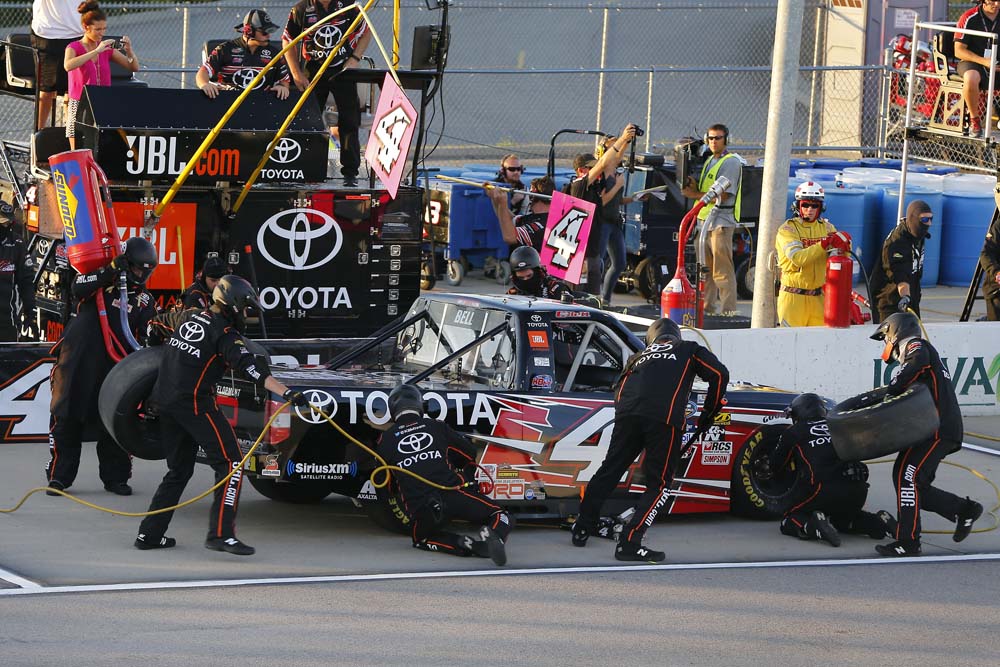 Bell started the eighth race of the 2016 NASCAR Camping World Truck season from the 13th position, but was inside the top 10 by the third lap. The Oklahoma native continued to move forward during a long green-flag run to start the event and was scored in the sixth spot when the field was slowed for the first time for a single-truck accident on lap 43. He reported that his Tundra needed front grip before coming down pit road for a four-tire and fuel stop with an air pressure adjustment.

Quick work by the over-the-wall crew placed Bell fifth for the lap-53 restart. After getting put three-wide entering Turn 1, he slipped back in the running order and found himself in the 10th position on lap 60. The Sunoco Rookie of the Year contender reported that his Toyota was “really tight” as another long green-flag run ensued and remained 10th when the caution clock expired on lap 102.

Baxter ordered up a four-tire and fuel stop with a wedge adjustment to try and improve the handling of Bell’s Tundra. The No. 4 Toyota took the lap-110 restart from the 12th position, but had maneuvered back inside the top 10 when a three-truck accident slowed the field for the third time on lap 147.

Bell continued to report that his Tundra was “really tight,” and subsequently returned to pit road for a four four-tire and fuel stop with a trackbar adjustment. Several teams elected to take just right-side tires, leaving the No. 4 Tundra scored in the 12th position despite a solid stop. Once again the youngster subsided on the restart and found himself scored 14th with 40 laps remaining.

When the field was slowed for the fourth time on lap 177, Bell had maneuvered his way back inside the top 10, where he would remain for the rest of the event. He was scored in the ninth position for a two-lap shootout on lap 198 and maintained that position when he crossed the finish line.

The eighth race of the 2016 season featured five cautions for a total of 39 laps. There were four lead changes among four drivers. Bell moved up one position to 12th in the Truck Series championship standings, 19 tallies out of the eighth and final Chase spot with eight races remaining before the inaugural elimination-based playoff format in the Truck Series.

Bell will be back behind the wheel of the No. 4 Toyota Tundra when the Truck Series resumes action Saturday, June 25 at Gateway Motorsports Park in Madison, Ill. Live coverage of the Drivin’ for Linemen 200 begins with the NCWTS Setup show at 8 p.m. ET on Fox Sports 1.