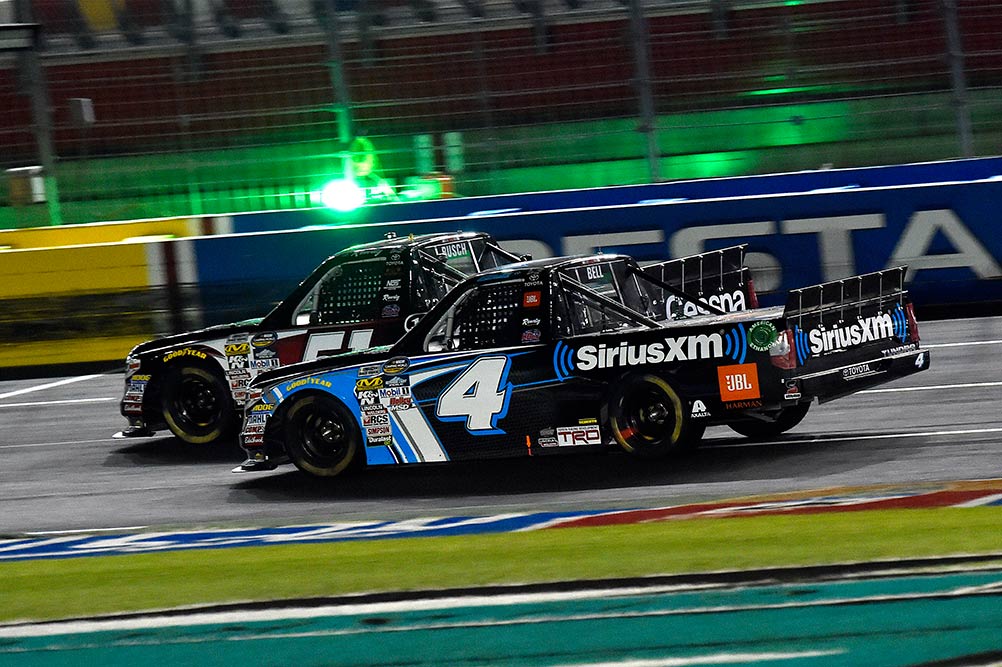 For the second straight race and third time in five NASCAR Camping World Truck Series races this season, Christopher Bell started from the pole. Bell maintained the lead on the initial start of the North Carolina Education Lottery 200 at Charlotte Motor Speedway, but his lead would be short lived as he suffered a flat left rear tire after leading the first two laps and was forced to hit pit road under green-flag conditions on lap 5.

After the over-the-wall put on fresh left side tires on the No. 4 SiriusXM Tundra, the Oklahoma native returned to the track scored one lap down in the 31st position. Bell would be the recipient of the “Lucky Dog” after the fourth caution of the night on lap 61 and then began his march back to the front of the field. He would make it all the way back to the runner-up position, where he was scored for the final three-lap shootout of the event, but would have to settle for an eventful third-place finish after losing one spot on the final restart of the night. 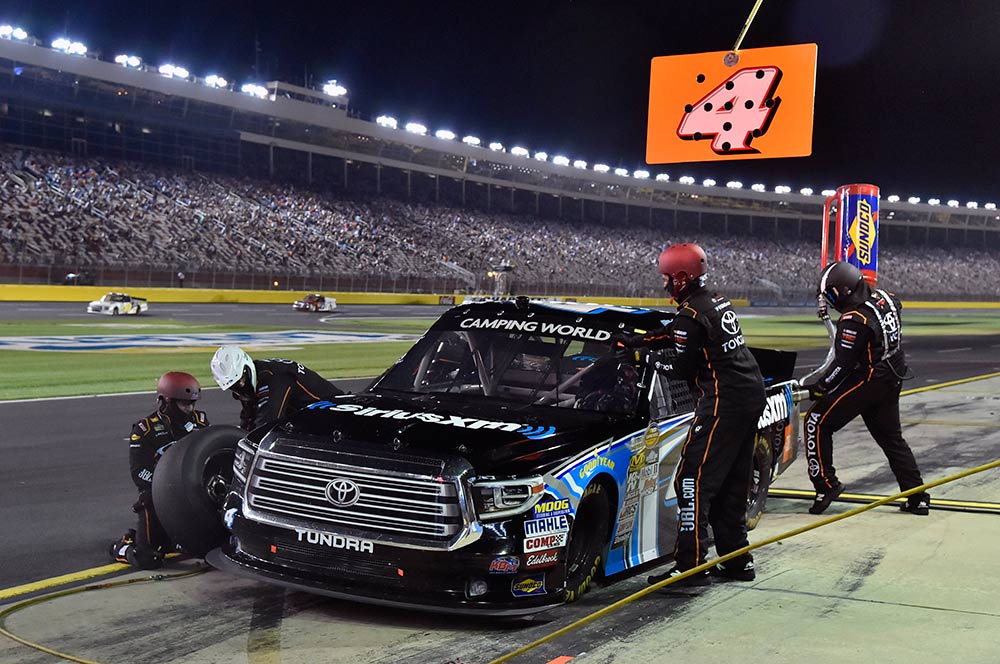 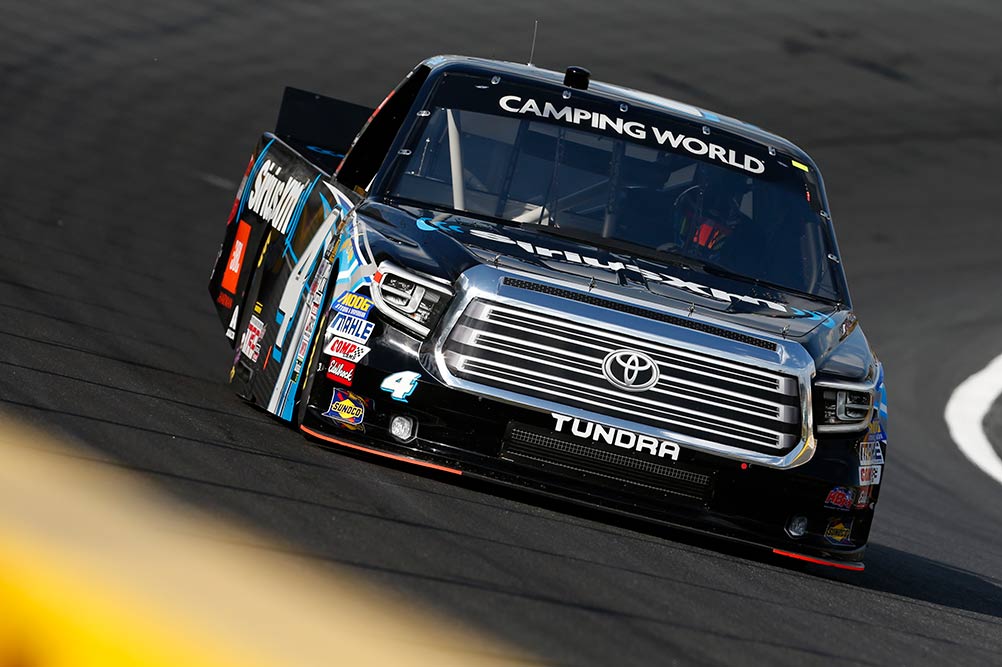 What happened to get you a couple of laps down early on?

“I think we had a flat left rear when we fired off. It was really really loose the first couple laps and then finally went down off of (turn) four there. All these guys on this SiriusXM Tundra did a great job of getting me back out there. I had a second-place truck. Ran third with it. That’s what’s frustrating. Glad my boss won, that’s cool. We’ll be back and stronger than ever at Dover.”

Bell will be back behind the wheel of the No. 4 JBL Tundra when the Truck Series resumes action on Friday, June 2 at Dover (Del.) International Speedway. Live coverage of the Bar Harbor 200 begins with the NCWTS Setup Show at 5 p.m. ET on Fox Sports 1.