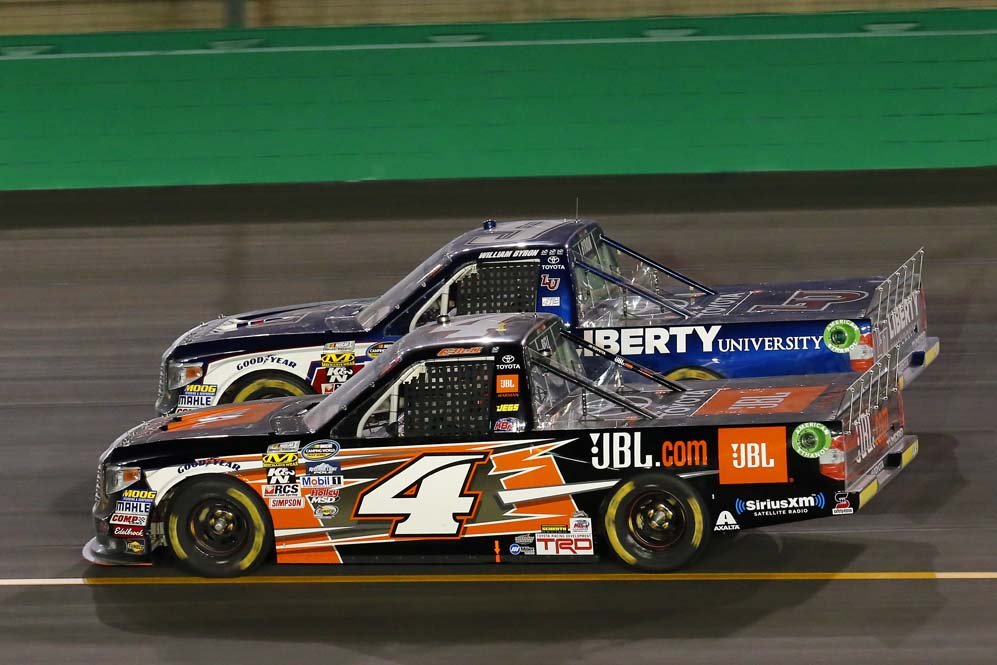 Driver of the No. 4 Tundra Posts Fourth Top-Five Finish Across Last Seven Races

Christopher Bell and the No. 4 JBL Tundra team continued to prove that they are a championship-caliber team after finishing fourth in Thursday night’s Buckle Up In Your Truck 225 at Kentucky Speedway in Sparta. Bell started from the 10th spot and ran inside the top-five for the majority of the 150-lap event en route to his fourth top-five and sixth top-10 finish across the last seven events on the NASCAR Camping World Truck Series schedule.

“It was awesome, to come get out of here fourth after ending up 17th in practice yesterday was definitely a win for us,” said Bell. “Overall a great day for KBM (Kyle Busch Motorsports) taking over the most wins there with William (Byron) winning and all of our KBM Tundras were fast. It’s just a credit to all of these guys at Kyle Busch Motorsports and everyone at Toyota Racing Development and Toyota. To all the guys at JBL who support me. I want to give a special thanks to Tyler Gibbs, Jack Irving and David Wilson at TRD (Toyota Racing Development) – they believed in me from the get go and I’m just really thankful to be here. It’s an honor to finally be able to put together a couple runs here up front like these guys deserve. Overall a really good day for us. Whenever you’re disappointed with a fourth is good.”

After showing 17th on the scoring pylon in Wednesday’s final practice session, crew chief Jerry Baxter and the No. 4 team went to work overnight brainstorming ways to pick up speed for Thursday’s qualifying session and 150-lap race. The hard work paid off as Bell was 12th in the first of two round of time trials and improved to 10th in the final round. 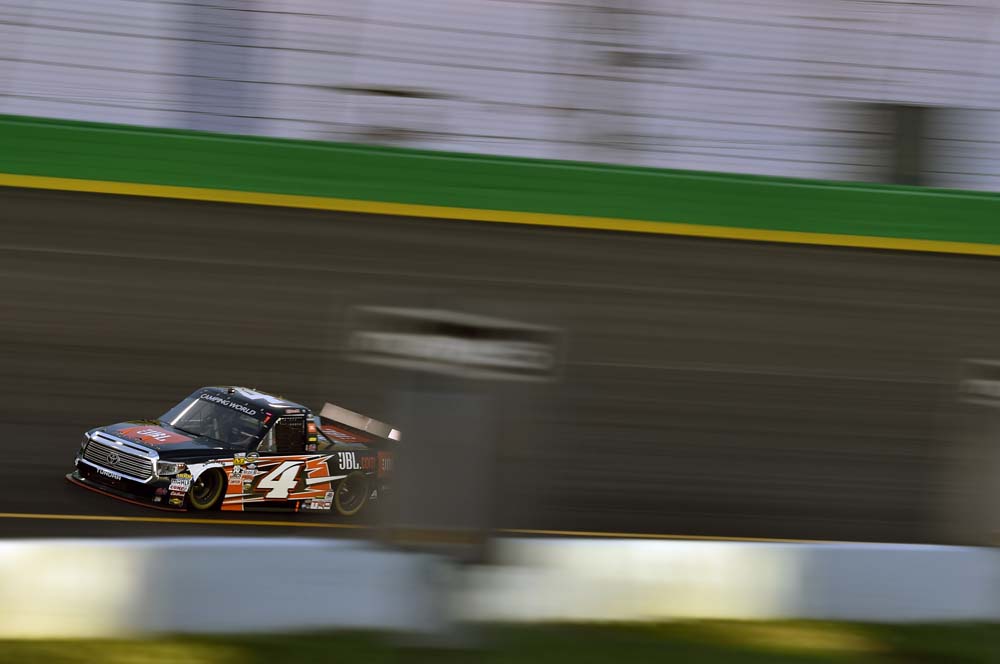 By the time that the first caution of the race occurred on lap 25, Bell had advanced up to the sixth position. When pit road opened, the Oklahoma native pitted for right-side tires and a full tank of fuel and returned to the track scored in the third position for the lap-35 restart.

Bell remained in the third spot when a two-truck accident slowed the field for third time on lap 57.
The over-the-wall crew administered a four-tire and fuel stop with no adjustments. With several teams taking just two tires, the JBL Tundra was scored in the 16th position for the ensuing restart.

During the longest green-flag run of the night, the talented youngster maneuvered his way from 16th up to ninth when the caution clock expired despite reporting that his Toyota was “snug through the corners.” When pit road opened, Baxter summoned his young driver to pit road for fresh right-side tires and a full tank of fuel.

The call for two tires improved track position, as the No. 4 Tundra took the lap-108 restart from the fourth position. As the race proceeded caution free for the final 42 laps, Bell reported that his truck was too tight but was able to maintain his position and brought home his fourth top-five finish of the season.

Daniel Suarez in KBM’s No. 51 ARRIS Tundra started from the pole and led three times for 59 laps, but was plagued by a speeding penalty late in the race and finished 11th. KBM owner-driver Kyle Busch was involved in a two-truck accident just short of the halfway mark of the race and was relegated to a 30th-place finish.

The 10th race of the 2016 season featured five cautions for a total of 32 laps. There were nine lead changes among six drivers. Bell moved up one position to eighth in the Truck Series championship standings and with one win would currently be in the inaugural elimination-based playoff format in the Truck Series.

Bell will be back behind the wheel of the No. 4 JBL Tundra when the Truck Series resumes action Wednesday, July 20 at Eldora Speedway in Rossburg, Ohio. Live coverage of the Aspen Dental Eldora Dirt Derby begins with the NCWTS Setup show at 8:30 p.m. ET on Fox Sports 1. Bell is the defending winner of the race.