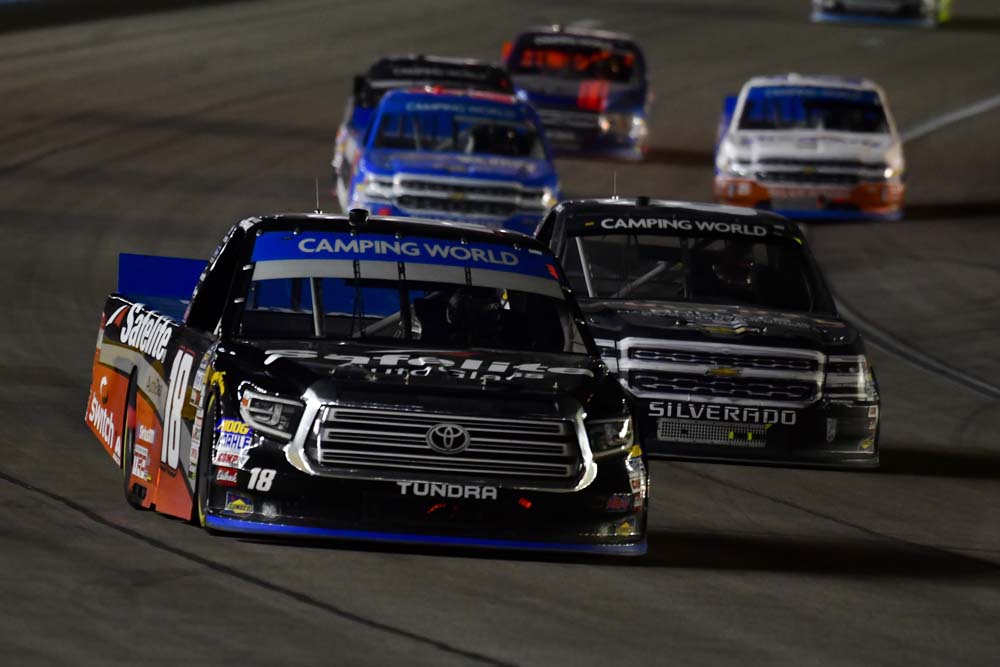 Noah Gragson captured his NASCAR Camping World Truck Series-leading fifth pole of the year and then led the first 33 laps of the World of Westgate 200 at Las Vegas Motor Speedway en route to his series-leading 10th stage victory of the season. The 20-year-old was in a position to win at his hometown track late in the race before another competitor’s truck crinkled his left-rear fender and a tire rub developed.

Gragson would go on to finish in the 18th position and was able to hold onto the fourth position on the Playoff Grid heading into the final race of the Round of 8 at Talladega (Ala.) Superspeedway. He currently sits 23 points above the cutoff line for advancing to the Round of 6. 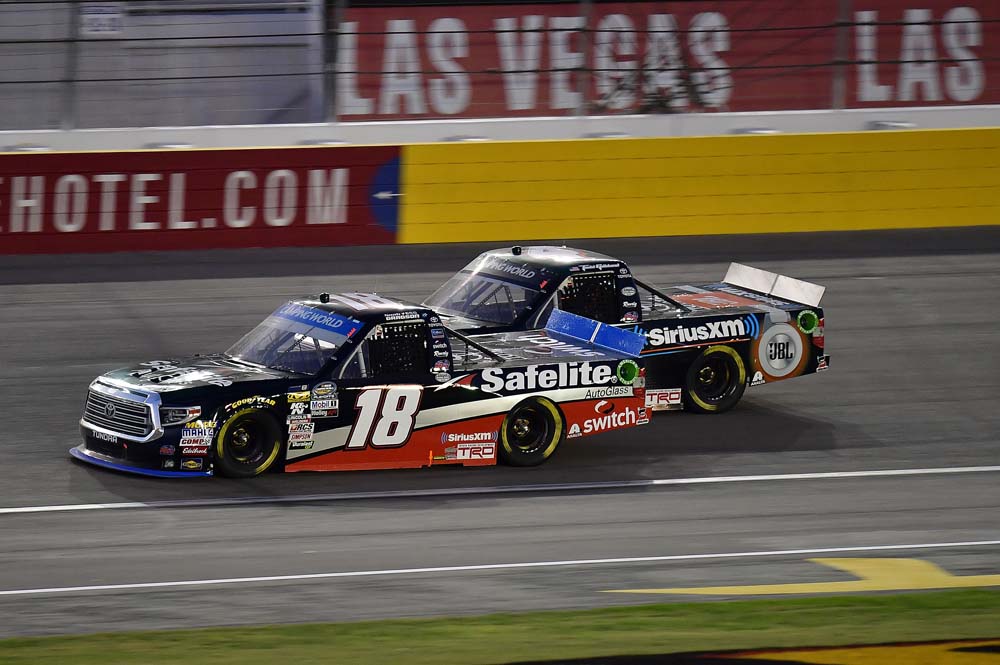 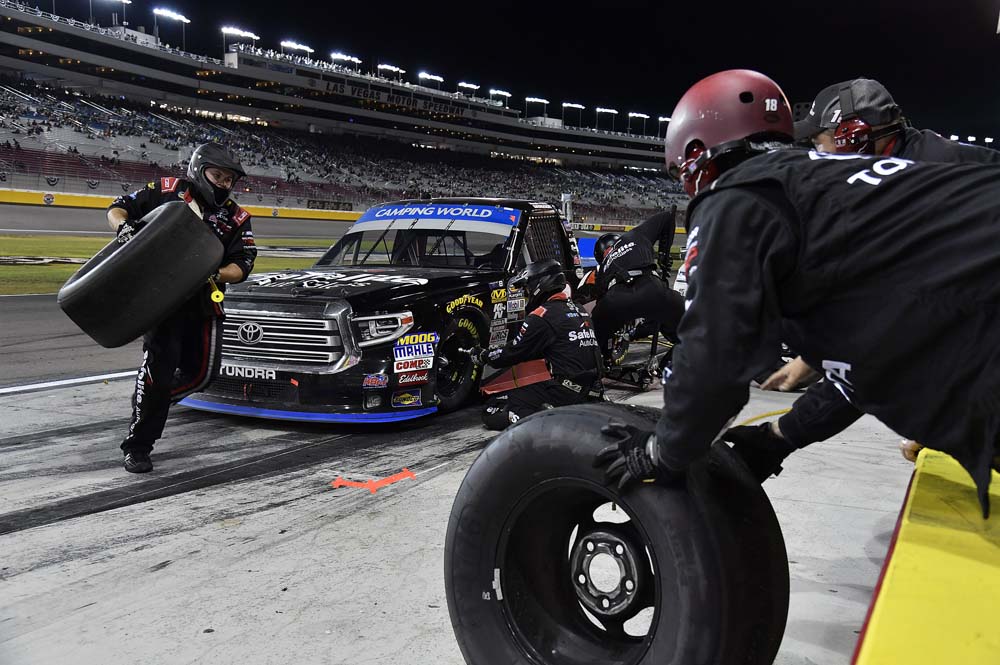 How will you rebound for the final Playoff race of this round in Talladega?

“Just have to move on and points race at Talladega to try to get the best race possible there.”

What happened in the race that caused damage to the left front of your truck?

“I just got used up by the 16 (Brett Moffitt) and cut a left front tire down, got two laps down and could never get them back. Felt like we were out of contention and just threw away another one.”

How strong was your Tundra prior to the contact?

“It was really strong. Just taking my time and working my way up. Started getting really loose and slid up like three grooves and then had the contact with the left front on exit. It was like I wasn’t even there, but we’ll race them the way they raced us and won’t give anything.”

Gragson will be back behind the wheel of the No. 18 Safelite AutoGlass Tundra when the Truck Series resumes action Oct. 23 at Talladega (Ala.) Superspeedway. Live coverage of the NCWTS race begins Saturday at 1 p.m. on FOX.