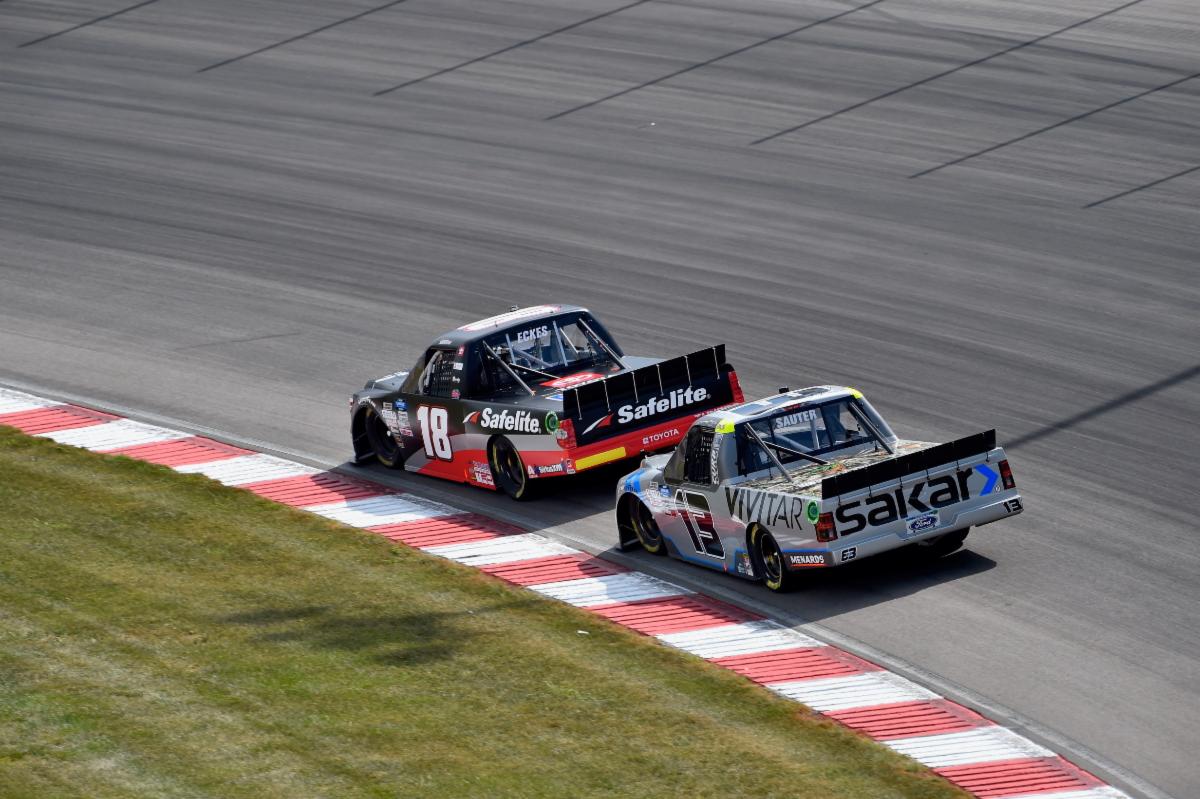 Christian Eckes was having another strong run Sunday at World Wide Technology Raceway at Gateway, running in the second position early in the Final Stage when Sam Mayer made contact with him while trying to complete the pass for the runner-up spot. Shortly after, the Safelite Tundra suffered a flat tire and brushed the outside wall. After Eckes made his way to pit road, the crew determined that his Toyota had a broken driveshaft and would be unable to return to the race. The No. 18 team would be relegated to a 32nd-place finish.

You were going for the lead. What happened?

“Yeah, well I got ran through, but it all started when I had a vibration at the end of stage two. I really did not know what happened. That was not the reason that we broke, but I’m sure it didn’t help matters. We ended up breaking a driveshaft. Like I said, I had a really bad vibration at the end of stage two, but as a whole, I obviously wish we could finish a damn race here, both for me and Rudy (Fugle, crew chief), but oh well, I guess. We will get ready for Darlington and Richmond, and hopefully get enough cushion there and go get a win.”

Eckes, the rookie of the year candidate, fell back three positions to sixth in the Gander Trucks point standings. With two races remaining in the regular season, he sits 78 tallies behind points leader Austin Hill. The driver of the Safelite Tundra sits eighth on the 10-driver playoff grid, 73 points above the cutoff line.

Eckes will be back behind the wheel of the No. 18 Safelite Tundra when the NASCAR Gander RV & Outdoors Truck Series resumes action on Sunday, Sept. 6 at Darlington (S.C.) Raceway. Live coverage of the South Carolina Education Lottery 200 will be on FS1, Motor Racing Network and SiriusXM at 2 p.m. ET.