Another Top-10 Finish for Todd Gilliland and the No. 4 Mobil 1 Team at Chicagoland 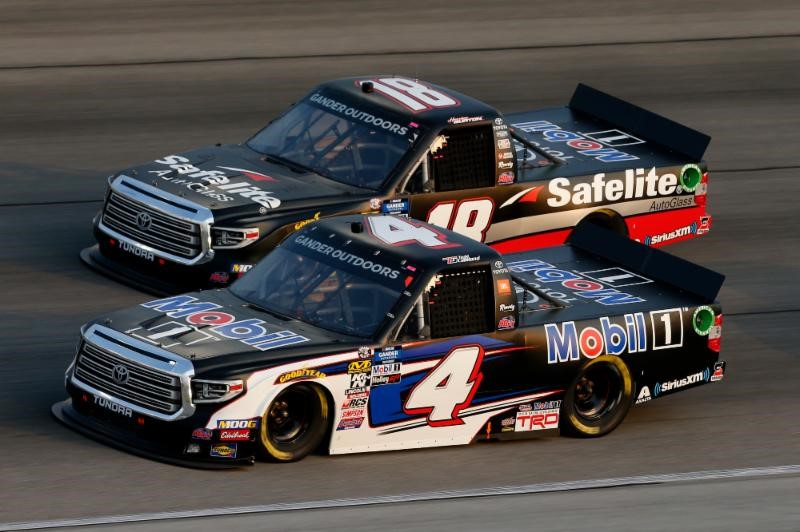 Todd Gilliland and the No. 4 Mobil 1 team earned another top-10 finish in the Camping World 225 at Chicagoland Speedway in Joliet, Ill. This was the team’s seventh top-10 in 12 races this season. In three practice sessions on Thursday, Gilliland was third, ninth and 13th respectively. During single-vehicle qualifying on Friday afternoon, Gilliland posted the 13th-fastest lap.

Early in the race, Gilliland struggled to find a line that would agree with his Tundra. By the time the second stage rolled around, the team adjusted the Mobil 1 machine and Gilliland began to improve, working into the top 10. In the final stage, they continued to gain, and eventually Gilliland would bring home a sixth-place finish.

“We were really struggling at the beginning. We made it a lot better on the pit stop. Definitely, have to give it to my guys on that one. We started really bad. I think we were on the splitter too much. We would lose so much on fire-off on restarts. I would get a little bit of it back, but when you lose two seconds on the restart it’s so hard to get it all back. Just got to be a little better about telling the team, little learning things. But way better than I expected to finish when the green flag waved on this one.”

Harrison Burton, driver of the No. 18 Toyota Tundra, finished fourth

Brandon Jones, driver of the No. 51 Toyota Tundra, finished second

Gilliland and the No. 4 team rank eighth in the Gander Trucks Driver Championship Standings following the 12th race of the season, 156 points behind the leader, Grant Enfinger.

Todd Gilliland and the No. 4 Mobil 1 team will return in two weeks at Kentucky Speedway, on Thursday, July 11. Live coverage of the Buckle Up In Your Truck 225 begins at 7:30 p.m. EST on FS1.