Another Strong Run for Eckes Thwarted by Engine Issues 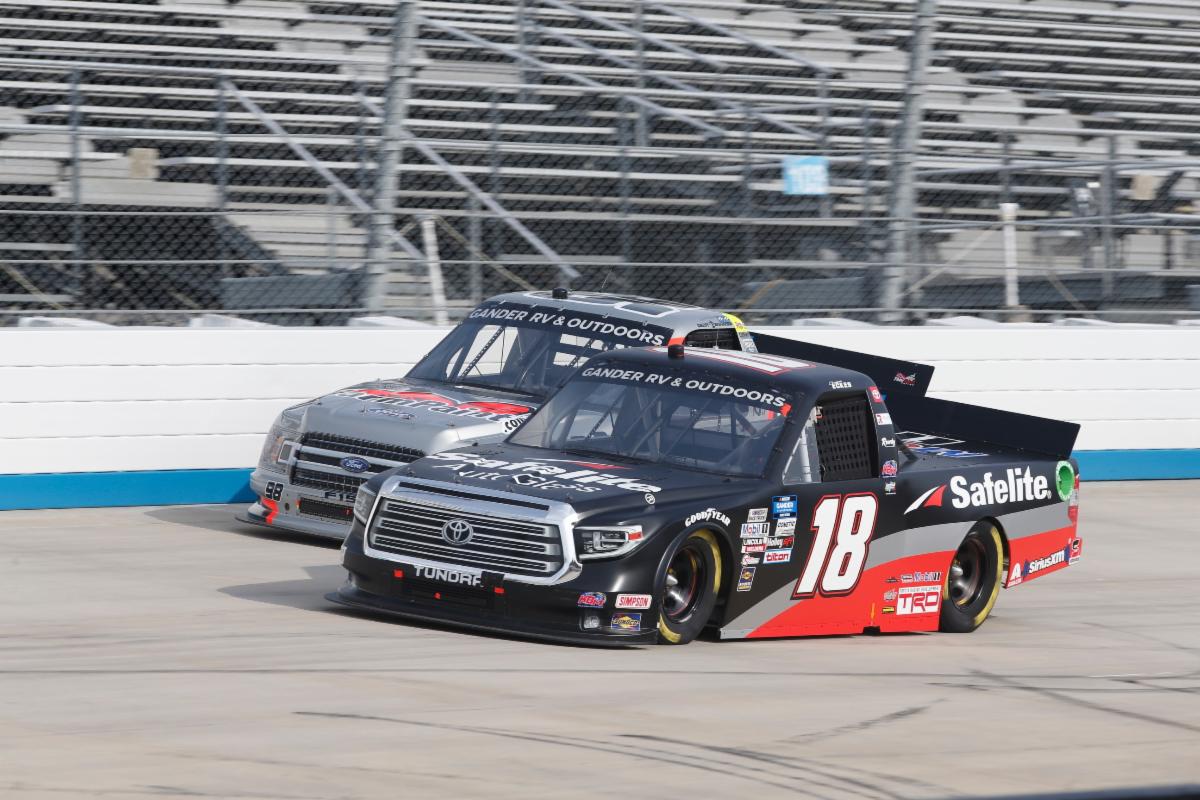 “The Safelite Tundra was really good today – led a bunch of laps and ran top three for most of the race. Had some motor issues there at the end – engine kept shutting off going down the straightaways. Have to go back to the lab and figure that out. Overall, it was a good day execution wise – we haven’t had one of those in a while. It’s good to build on and we are going to one of my favorite tracks in World Wide Technology Raceway Park next week, so looking forward to getting back with my Safelite team then and keep building towards the end of the year.”

Eckes, the rookie of the year candidate, moved up two positions to third in the Gander Trucks point standings. With three races remaining in the regular season, he sits 65 tallies behind points leader Austin Hill. The driver of the Safelite Tundra sits seventh on the 10-driver playoff grid, 72 points above the bubble.

Eckes will be back behind the wheel of the No. 18 Safelite Tundra when the NASCAR Gander RV & Outdoors Truck Series resumes action on Sunday, Aug. 30 at World Wide Technology Raceway at Gateway. Live coverage will be on FS1, Motor Racing Network and SiriusXM at noon ET.