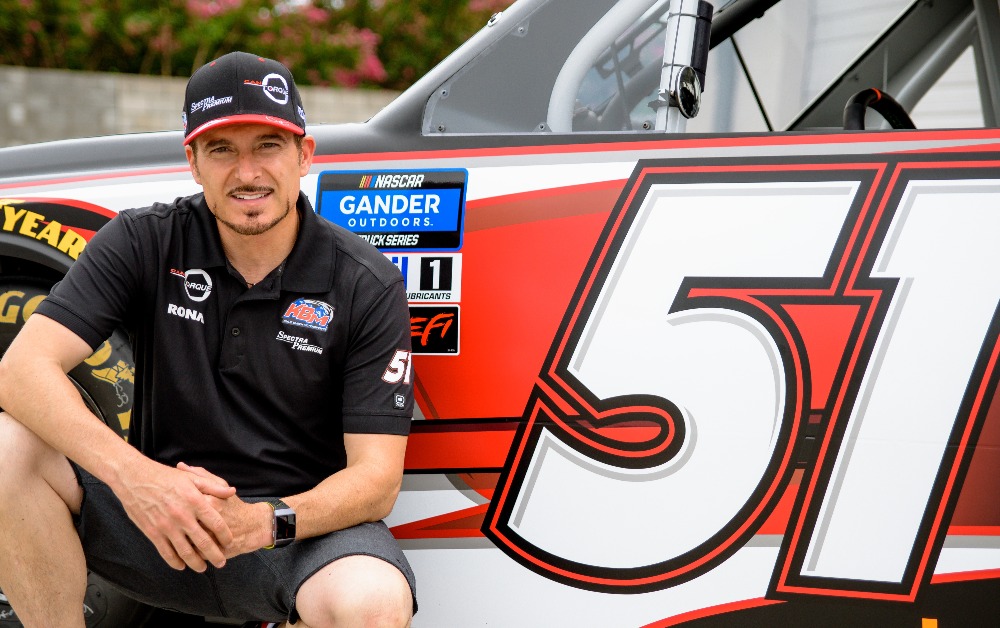 Are you excited to return to CTMP in a KBM Tundra?

“First of all, it’s a fantastic opportunity. Thanks to Kyle and Rudy and the entire KBM team for the trust — driving this No. 51 very iconic truck up in Canada is really big for me. Hopefully we can bring the truck in Victory Lane and give the fans some excitement.”

How does your experience at this track help you this weekend?
“Everything helps. I think the series is very competitive, they’ve come to that track a couple times and every team has improved their road course package. The drivers are using the simulator these days to get better at it, so knowing it and knowing all the little tricks and bits of the track, hopefully we can use it to our advantage and get a good result.”

How bad do you want to get a Truck Series victory at Canadian Tire Motorsport Park?
“I’ve come so close so many times, I feel that track owes me a couple of wins. If we can have one in the truck it will make up for all of the bad luck that we’ve had. Everybody seems to be tired of second place and I am one of those guys and hopefully this weekend will be the right one.”

What does it mean to race a truck in Canada sponsored by three Canadian companies?
“Timing is everything and showing up in Canada and showing up in Canada in a truck that is red, black and white and having three Canadian companies on the truck, one that has been with me for so many years, CanTorque, and they’re manufacturing tools right now so great timing for that. Spectra Premium having their high-performance radiator in the truck, it’s amazing. And RONA as well, we are bringing some contest winners to have a VIP experience with the KBM team. Thanks to all these sponsors and, like I said, hopefully everyone is going to come out of there waving the Canadian flag.”