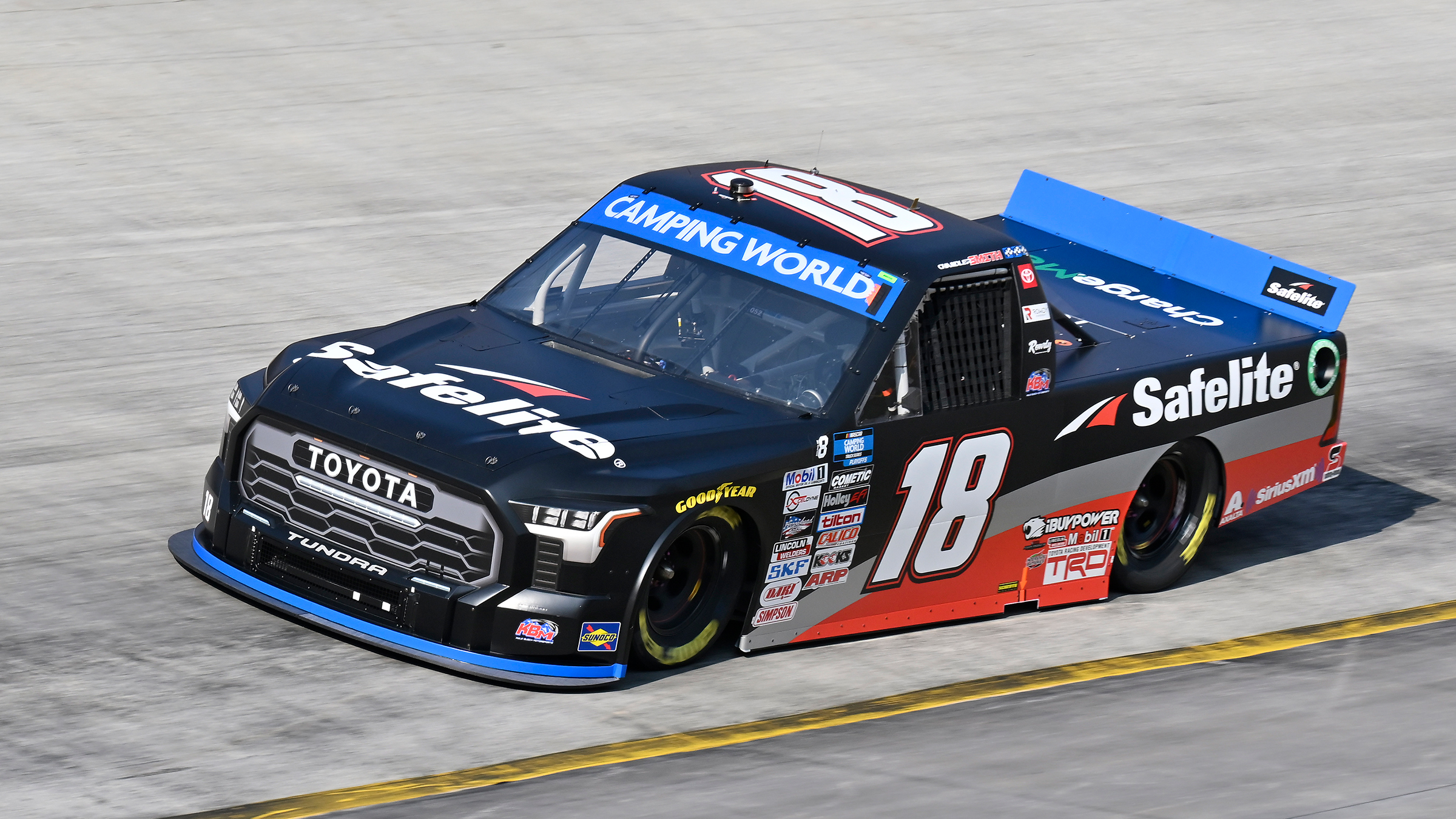 Chandler Smith dominated the early portion of the opening round of the Round of 8 at Bristol Motor Speedway, picking up the opening two stage wins after taking the lead on lap 28 and remaining out front until he hit pit road on lap 117. After the pit stop, the Safelite driver found passing to be at a premium and was only able to work his way just inside the top 10, ultimately bringing home a ninth-place finish.

By scoring 48 points over the course of the race, tied with Stewart Friesen for the most on the night, Smith sits second on the playoff grid, 23 points above the cutoff line for advancing to the Championship 4 with two races remaining in the Round of 8.

Smith leaves the opening race in the Round of 8 with the most points of any driver (3076) but with Majeski’s win locking him into the Championship 4, sits second on the playoff grid 23 points above the cutoff line for advancing.

Smith will be behind the wheel of the No. 18 iBUYPOWER Tundra TRD Pro when the NASCAR Camping World Truck Series heads to Talladega (Ala.) Superspeedway Oct. 1 for the second race of the Round of 8. Live coverage of the event will be on FS1, Motor Racing Network, and SiriusXM at 12:30 p.m. ET.