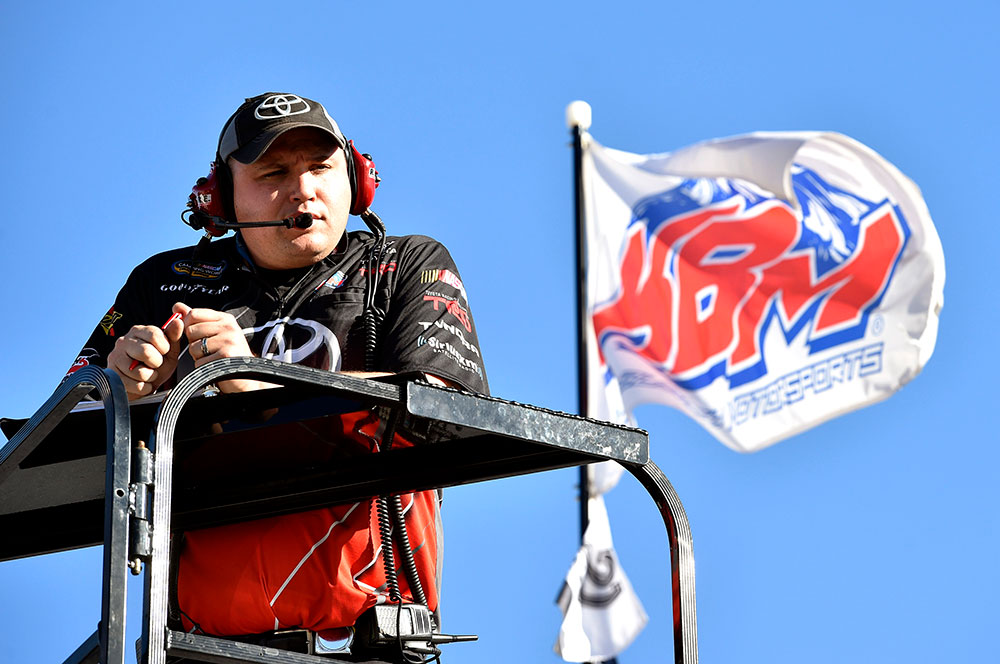 MOORESVILLE, N.C. (Jan. 4, 2017) – Kyle Busch Motorsports (KBM) announced today the addition of Marcus Richmond to the team’s crew chief lineup for the team’s three-truck effort in the NASCAR Camping World Truck Series for 2017. Richmond will call the shots for the No. 18 Tundra that will be driven by Noah Gragson. Additionally, the team announced that three-time champion crew chief Rudy Fugle will be atop the pit box of the No. 4 Tundra team with Christopher Bell this season while Kevin “Bono” Manion will guide the No. 51 Tundra team with drivers Harrison Burton, Kyle Busch, Todd Gilliland and Myatt Snider.

Fugle has guided his team to an Owner’s championship in all three of his seasons (2013, 2015 & 2016) as a crew chief at KBM, including a combined Owner’s/Driver’s Championship with Erik Jones in 2015. The New York native’s drivers have combined for 16 wins, nine poles, 33 top-five and 52 top-10 finishes across his 68 races calling the shots for the organization. Under his tutelage last season, William Byron collected a Truck Series’ record seven wins, three poles, 11 top-five and 16 top-10 finishes while leading the No. 9 Tundra team to KBM’s fourth consecutive and fifth overall Owner’s championship.

Manion guided KBM’s No. 51 team to one win, one pole, four top-five and seven-top 10 finishes with four different drivers behind the wheel last year in his first season as a Truck Series crew chief. Prior to joining KBM, the Massachusetts native collected five victories in 10 seasons atop the pit box in NASCAR’s premier series, including two marquee wins with Jamie McMurray in 2010; the Daytona 500 and the Brickyard 400. Before graduating into NASCAR’s top division, he guided Martin Truex Jr., to back-to-back NASCAR XFINITY Series titles in 2004 and 2005. In addition to his five Monster Energy Cup Series victories, Manion boasts 15 XFINITY Series wins; 13 with Truex Jr., and two with Dale Earnhardt Jr.

Richmond has collected nine wins, 11 poles, 52 top-five and 107 top-10 finishes across 222 races in his 11 seasons as a crew chief in the Truck Series. The veteran crew chief has been to victory lane with five different drivers (Ty Dillon, Kevin Harvick, Timothy Peters, Johnny Sauter and Dennis Setzer) and has recorded at least one win every year since 2012. The North Carolina native’s drivers have finished inside the top five in the Truck Series championship standings four times in the last five seasons, including a runner-up finish in the standings with Ty Dillon in 2012. His most recent stop was at JR Motorsports last season, where he guided Cole Custer to two poles, four top-five and 12 top-10 finishes over the last 16 races of 2016.