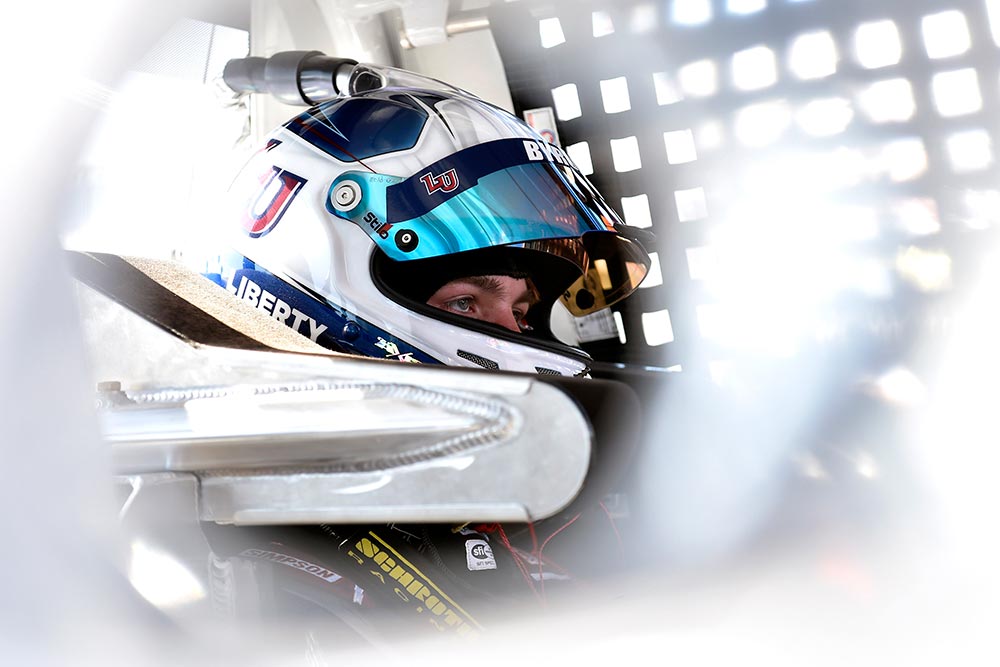 MOORESVILLE, N.C. (Feb. 23, 2016) – William Byron has fond memories of Atlanta Motor Speedway (AMS) from his early racing career, which was only three years ago. At the age of 15, Byron won four races and was crowned the Thursday Thunder Champion in the U.S. Legend Car Young Lion Division at AMS in just his first season of racing. This time will be a bit different, as Byron will be racing on the big track in a much bigger vehicle.

Byron will make his first start at AMS in the NASCAR Camping World Truck Series (NCWTS) on Saturday in the No. 9 Liberty University Tundra for Kyle Busch Motorsports (KBM). Coming off a 13th-place finish at Daytona last weekend, Byron is ready to put restrictor-plate racing behind him for several months and focus on his first intermediate track. Aside from Daytona, Byron has never raced on a track as big, or as fast as Atlanta. The jump to the 1.5-mile oval will be a dramatic change from his previous racing experience there at the Legend’s bullring.

To help him, and the other KBM rookies prepare, the teams spent two days testing at AMS earlier this month. Working with championship crew chief Rudy Fugle, and his teammates Christopher Bell and Cody Coughlin helped Byron get a feel for his Tundra on such a fast track. The team tested the same truck which Byron will race this weekend, KBM-21. This truck has a winning history with eight wins in 13 starts since it was built in 2013. Six of the eight wins have been with owner-driver Kyle Busch at the wheel, while reigning NCWTS champion Erik Jones has two wins in the Tundra. The most recent win came at Texas Motor Speedway in November. This Tundra also has three poles and has led 775 laps.

Much has changed for Byron in just three short years. On this trip to Atlanta he will be in the spotlight on the big track, with a full-sized truck and a national television audience racing on Saturday, instead of Thursday. What has not changed is his aspiration to visit Victory Lane once again at the track where his young racing dreams began. 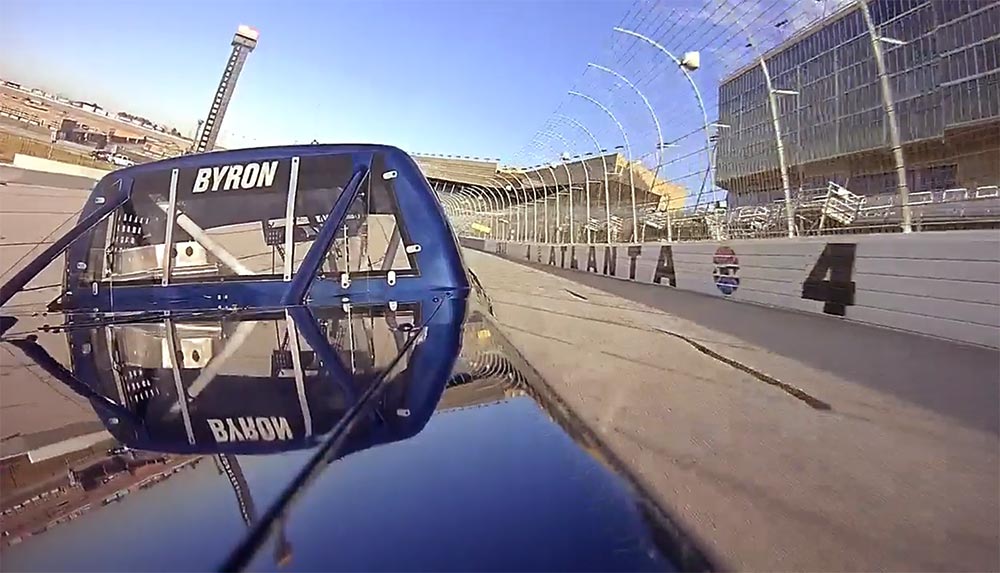 What did you think of your first truck race at Daytona last weekend?

“Daytona was pretty wild last weekend. I learned a lot about the draft and was able to run every lap. The pack racing was pretty intense all the way throughout the race. Our goal was to have a solid race and I felt like we accomplished that.”

What did you learn testing at Atlanta for two days earlier this month that will help you this weekend?

“When we tested earlier this month at Atlanta it was my first time on a mile-and-a-half track in a truck. I got really comfortable with everything, as well as the team since it was the first time I had worked with them at the track. Atlanta doesn’t really compare to anything I’ve seen before. It is a lot faster than anything I have been on. I think the race this weekend will be interesting because the surface is worn out and that produces great racing. I’m so excited for Atlanta because I feel like we had a great test when we went there a couple weeks ago and we’ve got a great Tundra for the race.”

How does it feel to return to Atlanta after starting your career there as the Thursday Thunder champion?

“It’s so exciting to return to Atlanta Motor Speedway after the history I had there in my Legend Car racing. I used to travel there almost every Thursday night during the summer trying to win races. It was like my second home race track. To be able to come back and race on the big track is a dream come true.”

What did you work on at the Atlanta test to help prepare William for the race?

“We tested at Atlanta to get William used to the speed and the roughness of the track. That place is probably one of the toughest mile-and-a-half tracks we go to, so it’s good for him to be able to experience that kind of grip change and speed in the truck. It will be a lot different when we get there with a lot more rubber on the track, so that will be another thing for him to learn. Overall the test was good experience for him.”

KBM-021: The No. 9 Liberty University team will race KBM-021, for Saturday’s Great Clips 200 at Atlanta Motor Speedway. This Tundra has eight wins in 13 starts, most recently with Erik Jones piloting it at Texas Motor Speedway in November of 2015.