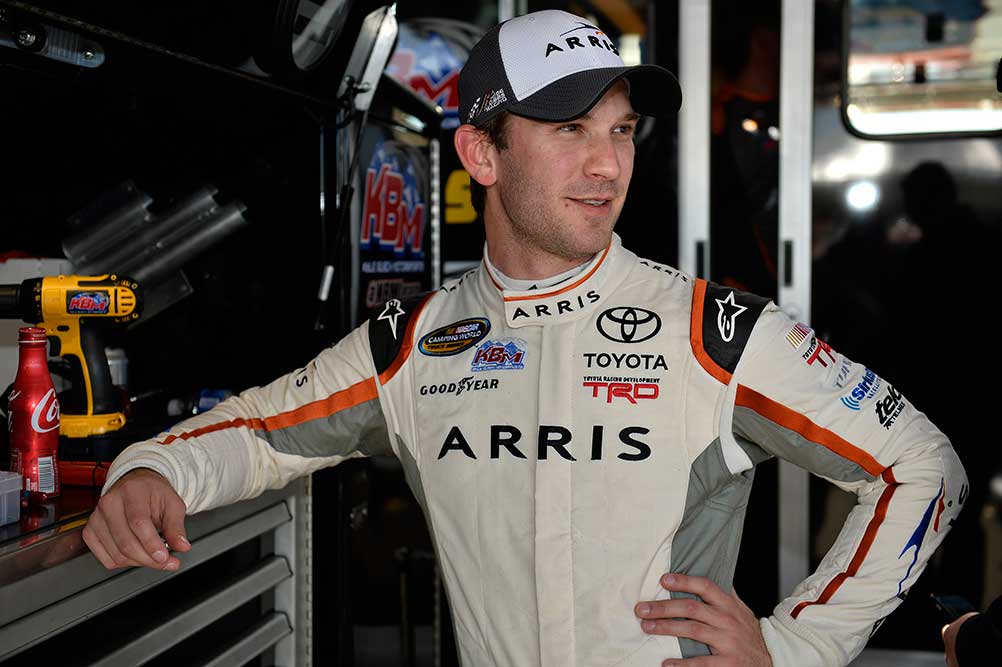 DAYTONA RECAP: Running a limited truck schedule for Kyle Busch Motorsports (KBM) in 2016, Daniel Suárez came into to the NextEra Energy Resources 250 NASCAR Camping World Truck Series (NCWTS) Race at Daytona looking to start his 2016 season on a high note. The 24-year-old from Monterrey, Mexico was well on his way to doing just that, however, on lap 93 of the 100-lap race, Suárez and his No. 51 ARRIS Toyota were caught up in “the big one” at Daytona, relegating him to a 28th-place finish.

Suárez IN ATL: Daniel Suárez has made one-career NCWTS start at the 1.5-mile Speedway in Hampton, Ga. During last year’s event, Suárez and the No. 51 ARRIS team qualified fourth, finished fourth and led one lap in route to their first top-five finish of the 2015 season.

UNIQUE DOUBLE DUTY: Suárez will once again pull double duty this weekend in the NCWTS and the NASCAR XFINITY Series (NXS), this time on the same day. Less than an hour after he crosses the finish line in the Heads Up Georgia 250 NXS race, Suárez will jump into his ARRIS Tundra for another 200 miles of action. In total, Suárez is scheduled to run 293 laps on Saturday.

From the Cockpit:
Daniel Suárez: “I’m looking forward to Atlanta and making another start in my ARRIS Tundra on Saturday afternoon. We had a good Toyota Tundra last year at this race, so hopefully we can duplicate that effort on Saturday. It’s going to be a little different having two races on the same day this weekend, but I’m excited to be part of it and I know the fans will really enjoy it as well.”

From the Pit Box:
Bono Manion: “I’m really looking forward to getting back on the track and racing this weekend in Atlanta. Atlanta is a very fast mile-and-a-half speedway with a lot of character. The guys here at KBM have worked extremely hard to get this ARRIS Toyota Tundra ready for Saturday, and I think we will have a great race. It’s exciting for the fans to have two races on the same day, and I’m glad that we can be part of the excitement on Saturday afternoon.”