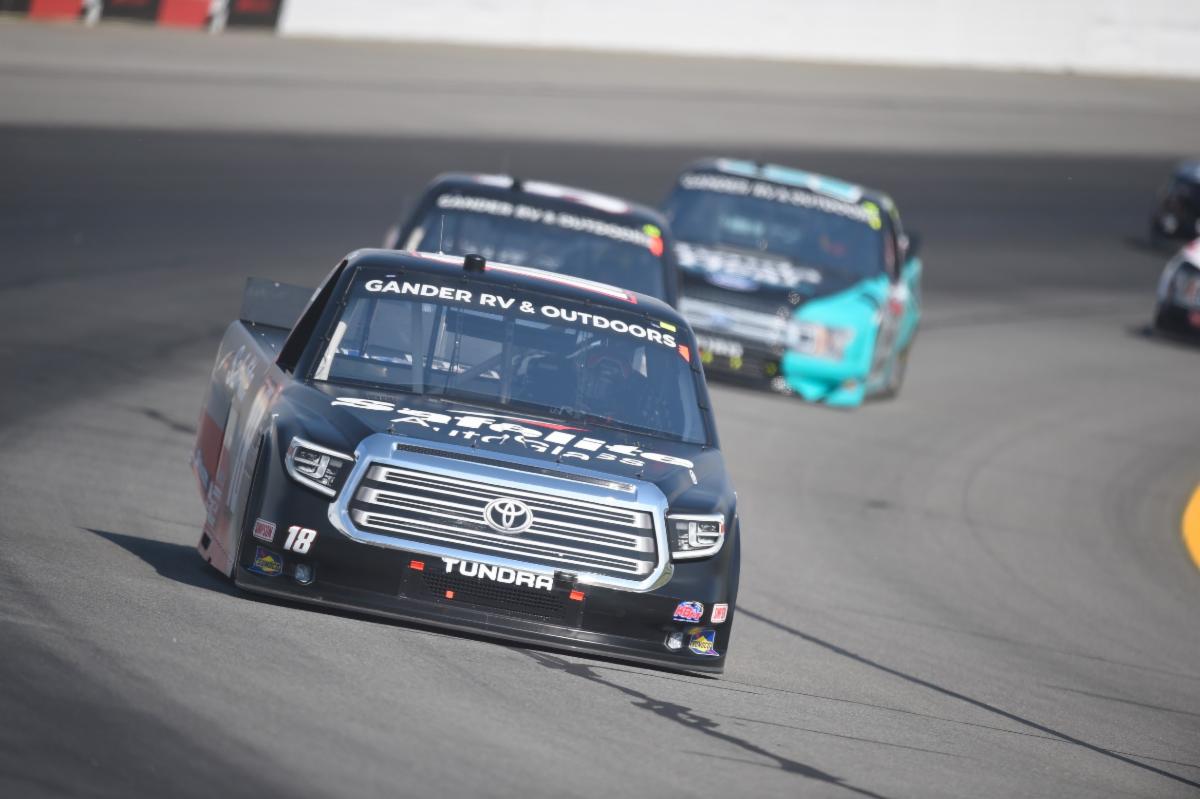 Christian Eckes suffered heartbreak in the rain-delayed NASCAR Gander RV & Outdoors Truck Series Pocono Organics 150 to Benefit Farm Aid at Pocono Raceway, suffering a flat tire and hitting the wall while leading in the No. 18 Safelite Tundra with 11 laps remaining in the event. The event was originally scheduled for Saturday afternoon, but due to schedule constraints and inclement weather, it was delayed until 9:30 in the morning on Sunday, making the first three-series triple header in NASCAR history. The Sunoco Rookie of the Year contender finished 11th in Stage One, second in Stage Two and in the Final Stage was leading when he brought out the yellow with 11 laps to go. The incident relegated him to a 33rd-place finish.

How do you describe that issue – leading and have a tire problem?

“Yeah, it sucks for sure. Probably done by me. We had a little contact on pit road – it might have created a rub or something. I don’t know. They said everything was clear, but who knows. We had a really fast Safelite Toyota Tundra; we could just never get track position. We finally got there at the end and blew a tire, so I guess we will go to Kentucky.”

Eckes will be back behind the wheel of the No. 18 Safelite Tundra when the NASCAR Gander RV & Outdoors Truck Series resumes action July 11 at Kentucky Speedway in Sparta. Live coverage of the Buckle Up in Your Truck 225 begins Saturday at 6:00 p.m. ET on FS1.