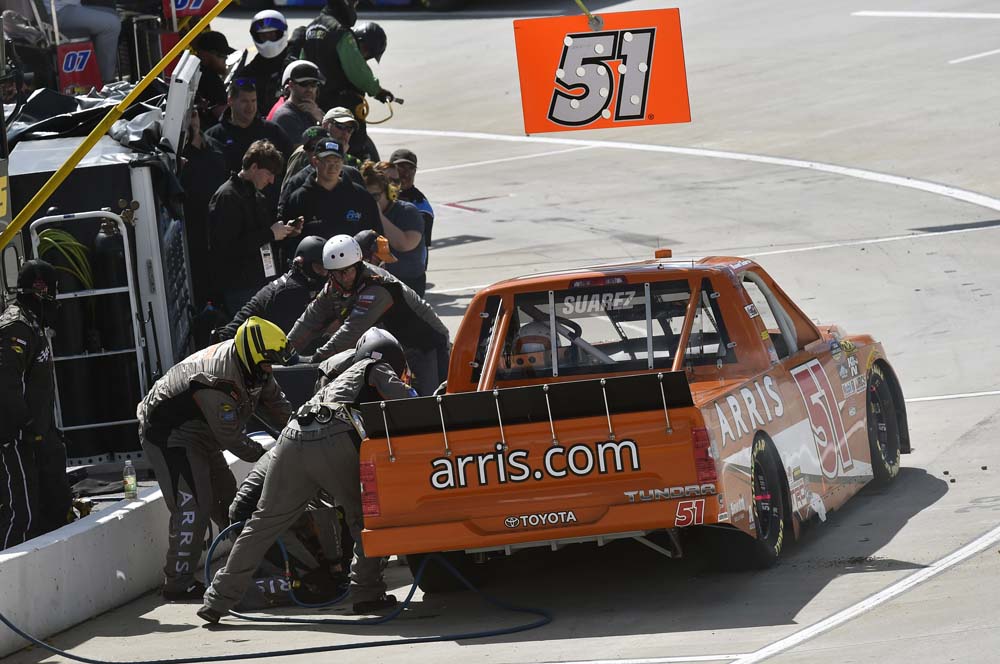 From the Cockpit:
Daniel Suárez: “I’m looking forward to Saturday afternoon and getting back behind the wheel of my ARRIS Tundra. It’s been a few weeks since we have raced in the Truck Series, so I’m looking forward to seeing the guys and having some fun this weekend. I really enjoy racing at Martinsville and think we have learned a lot as a team since our last visit there in March. We only have a few races left this season, and I want nothing more than to get a win for all the guys at KBM that have worked so hard on this ARRIS Tundra all season.”

From the Pit Box:
Bono Manion: “I’m looking forward to racing at Martinsville Speedway on Saturday afternoon and trying to get our first win of the season with Daniel and this ARRIS team. We have two practice sessions on Friday and we will work really hard on our setup and getting our ARRIS Tundra ready for the race on Saturday. Everyone here at KBM has been working really hard to get the ARRIS Tundra in victory lane, and it would be great to get our first victory of the season on Saturday and gain some momentum as we move into the final month of the season.”